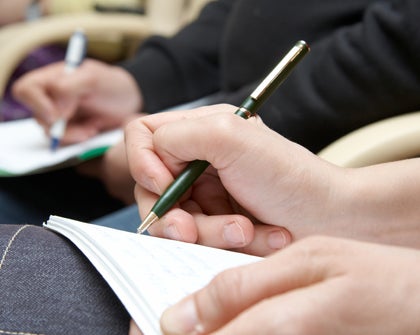 Brazil has proposed the negotiation of an intra-MERCOSUR investment agreement which would include a system for settling disputes between states, instead of the traditional scheme in which private investors may sue states before international courts.

On September 22 and 23, 2015, the 99th Regular Meeting of the Common Market Group (GMC) took place in Asunción, Paraguay. The most important aspect of the meeting was the presentation of a proposal to negotiate an “Intra-MERCOSUR Cooperation and Investment Facilitation Protocol,” which will be discussed by Working Subgroup No.12 (Investments).

Although the MERCOSUR signed an agreement for the promotion and mutual protection of intra-bloc investments in 1993, and another for the treatment of investment flows with the rest of the world in 1994 (the Colonia and Buenos Aires protocols, respectively), both were repealed before entering into force.

The proposal put forward by Brazil is similar to the Cooperation and Facilitation Investment Agreements (CFIAs) that the country has signed with Mexico, Colombia, Mozambique, Malawi, and Angola over the past few months. The agreement will only cover direct investments and will establish commitments regarding non-discrimination, conditions of expropriation and compensation for losses, transparency, exchange of information between states, cooperation between investment promotion agencies, and a regional agenda for further cooperation and investment facilitation, among other topics. The proposal provides for the free transfer of investment-related resources in local or convertible foreign currencies, but it contemplates the possibility of temporarily restricting these flows in the event of a balance of payments crisis, provided certain conditions are met.

Furthermore, it establishes considerations on fighting against corruption and illegal activities and stipulates that investors should make efforts in matters of corporate social responsibility.

The most relevant difference in comparison with previous protocols and the bilateral investment agreements already signed by the MERCOSUR countries is undoubtedly the dispute settlement system.[1] Brazil’s proposal provides for dispute settlement between states within the framework of the provisions set out in the Olivos Protocol, instead of the traditional system in which private investors can sue states before national and international courts.

Other noteworthy aspects of the GMC meeting include agreement over the form that will be used to identify the restrictions to the free movement of goods in trade within the bloc or with third parties, within the framework of the Action Plan for the Commercial and Economic Strengthening of the MERCOSUR, which was agreed on in July 2015. This plan was identified as being the first priority of Paraguay’s pro-tempore presidency (PPT) of the bloc for the second half of 2015. The forms containing the measures in question must be submitted before November 16, 2015.

Likewise, the provisions for the operation of the MERCOSUR Structural Convergence Fund (FOCEM) were examined.

With regard to Venezuela’s adoption of the MERCOSUR regulatory acquis, the information compiled by the MERCOSUR Secretariat indicates that there are 179 standards that have yet to be implemented by Venezuela, 155 of which should already have been adopted.

[1] While all the MERCOSUR countries have signed agreements of this kind, they have never entered into force in Brazil as they have not been ratified by parliament. One of the most controversial points in this regard was precisely the dispute settlement system.