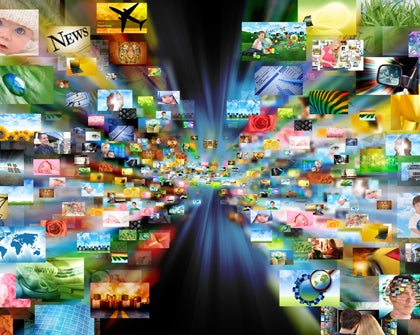 The Orange Economy: an Infinite Opportunity

Latin America and the Caribbean (LAC) have great potential to develop creative industries through innovation and as a result of their cultural heritage. The Orange Economy focuses on investing in new capabilities, and attracting and nurturing talent.

Advertising, architecture, crafts, design, fashion, film, music, publishing, research and development, software, toys and games, TV and radio, video games, and the visual and performing arts are some of the sectors comprising the Orange Economy, according to John Howkins, one of the most influential researchers in the field.

The last decade has been a good one for trade in creative goods and services (hereafter, “mindfactures”): between 2002 and 2011, exports grew 134%, according to the United Nations Conference on Trade and Development (UNCTAD). If mindfactures were included in the International Trade Center (ITC) classification system, they would be the fifth most traded product on earth.

According to the book The Orange Economy: An Infinite Opportunity, written by Felipe Buitrago Restrepo and Iván Duque Márquez and published by the Inter-American Development Bank (IDB), a distinction can be drawn between creative goods (audiovisual products, crafts, design, new media, visual and performing arts, etc.) and creative services (architecture, advertising, culture and recreation, research and development, etc.). In 2011, exports of creative goods and services reached US$ 646 billion, but services grew 70% faster, as these transactions increasingly take place online.

Creative trade is less volatile than trade in commodities or raw materials. The fact that the sector stood up to the global financial crisis better than sectors such as petroleum is proof of this. While sales of the Organization of Petroleum Exporting Countries (OPEC) dropped by 40% in 2009, exports of creative goods and services fell by barely 12%.

Measured in trillions of dollars, if the Orange Economy were a country, it would be the world’s fourth-largest economy, after the United States, China, and Japan; the ninth-largest exporter; and the fourth-largest labor force, with 144 million workers.

The Orange Economy of the Americas is clearly the global leader in this sector, due to the spectacular performance of the United States. LAC’s trade deficit is huge in relation to its exports of creative goods and services. This situation is even more troubling if net payments of intellectual property royalties and licensing fees are taken into account, as these increase the deficit two-fold.

Only 1.77 % of the global exports of creative goods originate in LAC. Just under a third of these are exported to other countries in the region, over 64% to developed economies, and less than 3% to other developing countries.

The Orange Economy as a development axis

Now that the trend in creative trade is leaning towards services, those nations with a digital strategy that is intensive in mindfactures will take the lead and make the Orange Economy one of their main development axes for the creation of jobs and wealth. Mindfactures like art, design, video games, film, and crafts have an intangible symbolic value that exceeds their use value.

Another option is to convince the 107 million young people (between 14 and 24) living in LAC to become early adopters of mindfacture-based business models (the basis for an Orange Revolution) and build an empire based on creativity.

Society currently treats culture as a public good, which is damaging to artists and creatives because they are being denied at least two fundamental rights: recognition of their activity as legitimate work and rightful compensation for it. At the same time, society is being denied the progress that artists, creatives, and the entire creative value chain could deliver.

Cultural exchange and the economic processes that transform symbolic content into goods and services for society are constantly evolving. Today, content consumption is of a niche nature. An Inter-American Market for Original Content (MICO) needs to be established.

Developing the Orange Economy would make it possible to close social gaps and to bring the poorest people in the world together with the most privileged around a shared purpose. Many people are motivated to use the tools of the Orange Economy to encourage social integration.

Some innovation leaders and key players in these creative industries will take part in Outsource2LAC, the most important outsourcing and offshoring business forum in LAC. It will take place in Guadalajara, Mexico, between November 11 and 13, 2015, and will bring together leading entrepreneurs in the region’s service industry.