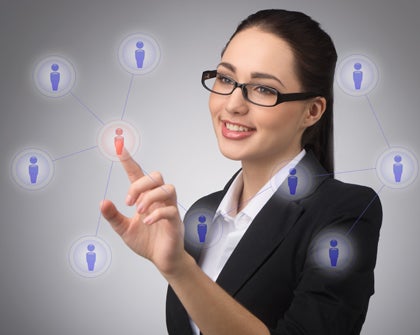 Diversity is Key for the Organizations of the Future

A study by the International Finance Corporation has revealed that incorporating more women into firms helps protect women’s rights, while also making good business sense. After examining a variety of companies (in Spanish) in different sectors around the world, the study argues that hiring women brings with it the following list of benefits (in Spanish):

Although female employees represent 40% of the world’s labor force, and many successfully set up their own businesses (in Spanish), the International Labour Organization estimates that about half (48%) of women’s productive potential is not being taken advantage of, compared with 22% of that of men.

Investment in initiatives that support women in the workplace creates a win-win situation as it leads to real benefits for both employees and employers. At least one third of the firms that invested in these programs in emerging and developing markets have seen improvements in their companies, and 38% are expecting to see financial returns, according to a survey by McKinsey.

Some of the benefits are short term, such as reducing staff turnover and absenteeism rates, while others are long term, connected with corporate image, earnings, talent attraction, and higher levels of innovation.

Hiring more women ensures that a company’s workforce is more representative of its customer base and has greater knowledge of consumer preferences: globally, women influence up to 80% of purchasing decisions.

The private sector, which accounts for nearly 9 of every 10 jobs in developing countries, has a crucial role to play in this process. Companies with higher numbers of female employees are still a rarity, despite advances in gender equality. In many industries such as mining, construction, and energy, women represent only a small minority of employees; and they account for a smaller proportion of management positions than men in almost every sector.

Barriers in the Region

In some countries in Latin America, the barriers to women working are not only cultural but are also, in many cases, legal and administrative. World Bank economist Elizaveta Perova said that “the lack of flexible, family-friendly policies, together with traditional gender roles that assign women household responsibilities, impede women’s access to paid employment.”

These barriers play a significant role in explaining, for example, the fact that many women decide not to opt for more lucrative career areas such as science, technology (in Spanish), engineering, or mathematics. In addition there are practical difficulties such as the almost total lack of affordable, high-quality childcare services for the children of working mothers.

Some analysts predict that the next economic revolution may arise from the role that women play in the world of business and the market, as the business dynamic would be greatly enhanced by larger numbers of women entering the workforce.