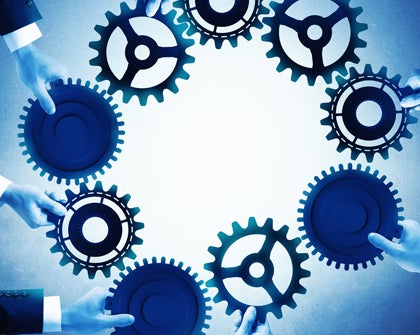 Negotiators from the region met in Santo Domingo to take part in a program to keep them up to date on new multilateral trade rules.

The Latin American Dialogue on Managing Trade Remedies (in Spanish) was held between November 2 and 4, 2015, in the city of Santo Domingo, Dominican Republic. The event was jointly organized by IDB/INTAL, the World Trade Organization (WTO), the International Center for Trade and Sustainable Development (ICTSD), and the Advisory Centre on WTO Law (ACWL), in partnership with the Trade Defense Commission of the Dominican Republic (CDC).

The opening ceremony was attended by the highest government authorities of the Dominican Republic, including the Minister of Industry and Trade, José Manuel Del Castillo Saviñón; the Minister of Foreign Affairs, Andrés Navarro García; and the Chairman of the Trade Defense Commission, Iván Gatón Rosa; as well as the IDB Resident Representative in the Dominican Republic, Flora Montealegre Painter.

The event was organized in response to the need for institutional strengthening in matters of trade defense that various countries in the region are facing. In this sense, the Latin American Dialogue provided a space for reflection and debate on the trade defense instruments that are available to WTO members to cope with the market distortions caused by unfair trade practices (such as dumping or subsidies), and to resolve situations where domestic industry is harmed due to an unusual increase in imports (safeguards).

The WTO is the only international body that deals with the rules governing trade between countries. These rules are set forth in the agreements on Antidumping; Subsidies and Countervailing Measures; and Safeguards[1], which are part of the body of texts that emerged from the Uruguay Round of the GATT and through which governments committed to keeping their trade policies within the agreed limits, based on the fundamental non-discrimination and most-favored-nation principles.

The Latin American Dialogue was organized at the request of the Trade Defense Commission (CDC) of the Dominican Republic and was led by such high-profile experts as Clarisse Morgan, Counsellor in the Rules Division of the WTO; Miguel Rodríguez Mendoza, Senior Fellow at ICTSD; and Fernando Piérola, Senior Counsel at the ACWL. Other expert participants included Jorge Miranda, Advisor at King & Spalding LLP; and Gisela Bolivar Villagómez, Partner at Aguilar & Loera LLP.

On November 2 and 3, the focus was on participants exchanging views and experiences through interactive sessions. November 4 involved a training session on the handling of trade remedy–related disputes.

Throughout the different sessions, participants were able to discuss their common problems, and the countries that have been involved in higher numbers of anti-dumping investigations—such as Argentina, Brazil, Colombia, Mexico, and Peru—shared their practices, strategies, perspectives, and information about their institutional structure and the legislation currently in force with those countries with less experience in this regard and that therefore do not have a permanent specialized unit for this or have limited numbers of investigators trained in these disciplines.

Through presentations, discussions, and practical exercises, attendees learned about the context for making a formal complaint and analyzed aspects such as coordination between industry, government, and non-governmental actors; the role of industrial trade associations in promoting trade defense instruments and supporting the preparation of applications; the collection of information from domestic producers; valid means for obtaining evidence of dumping; and the circumstances that would justify setting an investigation procedure in motion ex officio as the instance that precedes a formal request for consultation and, eventually, leads to the establishment of a panel for filing a complaint.

Likewise, taking into account the fact that almost half of the disputes settled within the WTO relate to trade remedy measures, the Latin American Dialogue included an entire day spent focusing on the practical aspects that make the preparation for a dispute successful from the perspective of both the complaining country and the respondent; preparation for consultations; the dispute settlement procedures both before the Panel and at the Appellate Body stage; and aspects relating to implementation, compliance, and retaliation that pertain to the respondent member, if they carried out practices that were inconsistent with WTO rules.

Finally, the Trade Defense Commission of the Dominican Republic urged the creation of a network of investigating authorities, as a way to structure the exchange of knowledge, experiences, and best practices in this area.