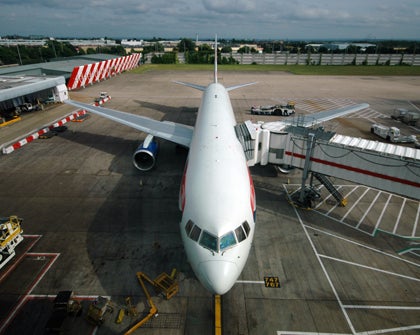 Volumes of cargo and passenger air transportation have increased steadily in South America in the last few years. In the framework of COSIPLAN, and with financing from the IDB, a study was undertaken on air connectivity between the countries of the Guianese Shield Hub and the rest of South America.

As part of the COSIPLAN Work Plan 2015,[1] the Virtual Meeting of the Executive Technical Group (GTE) on Air Integration[2] was held on November 17, 2015, to present the study entitled “The Development of Regional Connectivity between the Guianese Shield Countries and the Rest of South America.” This was carried out with the support of the Inter-American Development Bank (IDB) after being requested by Guyana during the Air Integration Workshop held in Brazil in 2014.

The aim of the study was to investigate the main causes of the restrictions in air connectivity between the countries of the Guianese Shield Hub (Brazil, Guyana, Suriname, and Venezuela) and the rest of the countries in South America. The paper reviews current connectivity levels and focuses on possible obstacles that would explain the region’s limited connectivity, including the state and cost of airport infrastructure, institutional frameworks, each country’s aviation policy, and an analysis of the market.

According to the preliminary results, Brazil and Venezuela showed adequate levels of air connectivity. However, these levels are low for Guyana and Suriname. As such, the study analyzed possible alternatives that would promote increased connections with these two countries.

It found that neither airport infrastructure nor the airport costs charged to passengers and airlines are relevant in explaining these low connectivity levels. It also notes that the airline industry’s institutional framework could be improved, and a greater number of bilateral agreements could be activated. However, these factors alone are not necessary conditions for increasing the demand for air services.

Finally, the study recommends improving the connectivity of the two countries in question through connections with potential hubs in Panama City (Panama), Port of Spain (Trinidad and Tobago), Curacao, and Bogota (Colombia).

The countries involved are currently reviewing the document. The aim is to present the final version of this study for consideration and approval by the COSIPLAN Ministers at their 6th Ordinary Meeting (Montevideo, December 3, 2015).

As part of the initiatives promoted by COSIPLAN, the Strategic Action Plan 2012–2022 (PAE)[3] proposes to revise this sectoral process that began during the first stage of the Initiative for the Integration of Regional Infrastructure in South America (IIRSA) and encourage initiatives in specific fields so as to promote regional air Integration.

As of October 2015, 25 projects from the COSIPLAN Project Portfolio correspond to the air transportation sub-sector, representing an estimated investment of around US$7 billion.

[1] The South American Infrastructure and Planning Council (COSIPLAN) is a work area for political and strategic dialog, through consultation, evaluation, cooperation, planning and coordination of efforts, and the articulation of programs and projects to implement the integration of regional infrastructure in member countries of the Union of South American Nations (UNASUR). The Work Plan 2015 was passed at the 5th Ordinary Meeting of COSIPLAN Ministers in 2014.

[2] At the 4th Ordinary Meeting of COSIPLAN Ministers (2013), Brazil was appointed coordinating country of the GTE on Air Integration.