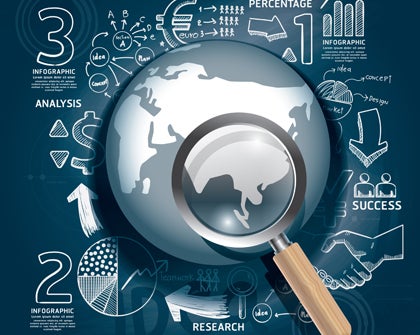 The contents of the TPP have been made public, after being negotiated and signed in absolute secrecy. The agreement includes commitments that go beyond those included in previous agreements between member countries.

The text of the Trans-Pacific Partnership (TPP)—signed on October 5, 2015, by Australia, Brunei, Canada, Chile, Japan, Malaysia, Mexico, New Zealand, Peru, Singapore, the United States, and Vietnam—has been revealed. The publication of the documents in question is highly significant, since the negotiation process took place in secret and came under criticism for to its lack of transparency.

In terms of market access, the agreement includes the elimination of tariff and non-tariff barriers to agricultural and non-agricultural products over a maximum period of 16 years, albeit with some exceptions that will not be fully liberalized but will enjoy tariff reductions on imports or access to other members’ markets through tariff quotas. The most noteworthy of the sensitive products include textiles and clothing—through rules of origin and special safeguards—and processed agricultural products, many of which will be subject not only to tariff quotas but also to safeguards applied by the United States and Japan.

Member countries agreed not to grant export subsidies to agricultural products that would be exported to other TPP countries. Regardless, the most significant support that the agricultural sector receives in the United States is not framed within this modality but instead is an example of domestic support (production subsides), which may continue to be used. Restrictions on agricultural exports, although permitted, may only be applied for a maximum period of six months. The agreement also includes provisions on transparency in the granting of export licenses for non-agricultural products.

While many countries prohibit the importation of used goods, the TPP prevents restricting trade in used and remanufactured products (that is, products that have been repaired and restored “like new”), a point of great interest for the United States as it is the world’s leading exporter of these goods.

It should be mentioned that the TTP allows the accumulation of origin in the production process (that is to say that each country can treat inputs originating in other TPP member countries in the same way as their own inputs), which favors the strengthening of regional value chains between the member countries. Likewise, anticipating the impact of technological change and forms of production, the agreement provides for the possibility of parties modifying rules of origin to favor their adaptation to the new context.

With regard to trade in services, the TPP countries agreed to general commitments on national treatment (NT), most-favored-nation (MFN), and market access (for example, there can be no imposing of quantitative restrictions), and there is a ban on forcing suppliers to establish a commercial presence. The commitments were adopted in the form of negative lists (i.e., they apply for all services and modes of delivery, with the exception of those included in the lists), which tends to be less restrictive than the positive list approach used by the World Trade Organization (WTO) General Agreement on Trade in Services (GATS), in which the specific commitments only apply to the services and modes of delivery included in the lists.

With regard to e-commerce, the agreement seeks to ensure the free flow of information and prohibits the forced localization of technologies, servers, and data storage and the imposition of discriminatory measures on trade in digital products.

The chapter on investment binds the member states to providing NT and MFN to investors from TPP countries, sets a minimum standard of treatment, establishes the conditions in which expropriation would be permitted, prevents the use of performance requirements and the restriction of investment-related transfers of funds (contributions to capital, profits, interest payments, and royalties and contractual payments), but allows non-discriminatory restrictions to be imposed on capital flows, among other relevant aspects. The dispute settlement system allows private investors to sue states before the World Bank’s International Center for Settlement of Investment Disputes (ICSID). In some respects, the contents of this chapter go beyond pre-existing agreements, as is the case with the provisions on investment that apply to SOEs. As such, SOEs may not take discriminatory measures in relation to investors from other TPP member countries.

Likewise, the member states are committed to ensuring that transactions made by SOEs take place in market conditions, and cannot provide them with assistance that could negatively impact partners.

In conclusion, in many regards, the TPP goes beyond the commitments taken on by member countries in previous agreements, both among themselves and with other trade partners. In this sense, this first mega-agreement establishes new rules and standards that will affect not only those countries that are party to the agreement but also the rest of the world, both as a result of the barriers that could arise in terms of market access and also by laying the groundwork for the negotiation of other regional and multilateral agreements.