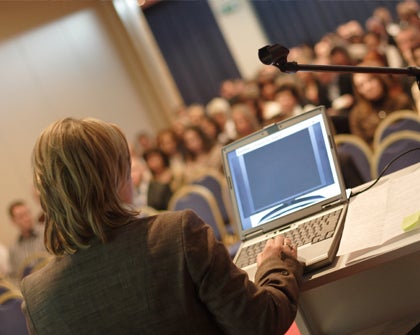 MERCOSUR and the Pacific Alliance: a Debate Organized by INTAL and CARI

The strengthening of regional integration was analyzed by experts brought together by the two institutions.

The Institute for the Integration of Latin America and the Caribbean (INTAL) and the Argentine Council for International Relations (CARI) organized a meeting of specialists to analyze the potential for convergence between MERCOSUR and the Pacific Alliance.

Those present were welcomed to the event by INTAL Director Gustavo Beliz—who highlighted the beginning of joint activities between the two institutions—and CARI Vice President Antonio Estrany y Gendre.

The starting point for the debate was the talk given by Osvaldo Rosales (ECLAC), who presented his report “Towards Convergence in Diversity”. According to Rosales, Brazil’s new stand on integration has changed the regional context.

“Brazil is the seventh-largest economy in the world in terms of its GDP, but it ranks 25th when it comes to trade. This is an anomaly that must necessarily be corrected,” the expert argued. According to Rosales, who was Chile’s Deputy Minister of Foreign Trade during the presidency of Ricardo Lagos, the key to the future of regional integration is Brazil taking a more favorable position on a possible MERCOSUR–European Union (EU) agreement.

“The MERCOSUR–EU agreement will give strong impetus to regional integration, and to a substantial form of integration based on the free movement of goods and persons. Tariffs are the least relevant aspect. What really matter are non-tariff barriers, rules, dispute settlement mechanisms, and the possibility of rules of origin that allow accumulation, which would stimulate the creation of regional value chains. Eventually, an agreement with the EU would benefit from this accumulation, since goods produced with inputs from any country in the region would be able to enter the EU market, thus boosting regional trade,” Rosales added enthusiastically.

“We need the MERCOSUR–EU agreement to move forward, even if certain ambiguities persist. In fact, the best agreements are always full of ambiguities. Then we can find spaces for convergence with the Pacific Alliance, for example, and send joint business delegations to Brussels that include MERCOSUR representatives,” Rosales added.

For his part, José Ignacio Salafranca, EU Ambassador to Argentina, stressed that although the EU currently has other priorities (namely, the economic and refugee crises), “the time has come to conclude the agreement with MERCOSUR.” In his view, “the only thing needed is political will, since those countries that are reluctant to believe in the benefits of these agreements cannot be forced to move forward.”

IDB/INTAL integration specialist Alejandro Ramos Martínez argued that the foreign ministries of MERCOSUR and the Pacific Alliance member countries should seek opportunities for regional cooperation regardless of the pace of negotiations on the agreement with the EU. “There are many areas where progress can be made, from trade facilitation measures to single windows,” Ramos Martínez claimed, and he emphasized the adverse situation facing regional trade, an issue also addressed by the latest MERCOSUR Report (link in Spanish).

During the subsequent discussion, Felix Peña, Director of the Institute for International Trade at the ICBC Foundation, expressed his view that the regional convergence between the Pacific Alliance and MERCOSUR would favor the MERCOSUR–EU agreement and that this may be just the starting point for negotiations at the continental level in the Americas.

Experts in foreign trade and international relations such as Jorge Castro, Ricardo Rozemberg, and Adrián Makuc were among those who took part in the discussion. The latter two are the authors of a recent study (link in Spanish) that analyzes MERCOSUR–EU relations in depth.