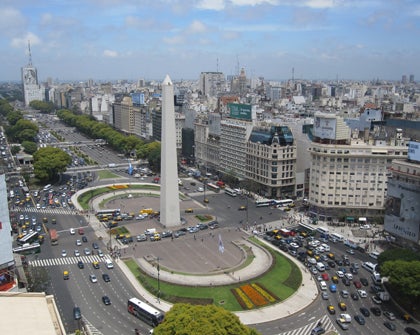 During a high-level bilateral meeting, government officials from the two countries discussed alternatives to enhance trade.

Mexico’s Minister of the Economy, Ildefonso Guajardo Villarreal, and Deputy Minister of Foreign Trade, Francisco de Rosenzweig Mendialdua, met with Argentina’s Secretary of Trade from the Ministry of Production, Miguel Braun, with the aim of exploring opportunities to strengthen trade relations between the two countries, in compliance with the mandate established by presidents Enrique Peña Nieto and Mauricio Macri in Davos, Switzerland, in January 2016 (see press release [link in Spanish]).

The governments of Mexico and Argentina have announced that they will seek to broaden the scope of the Economic Complementation Agreement No.6 (ECA 6), by which both countries mutually grant tariff preferences on their bilateral trade in goods.

Interest in making headway on a comprehensive agreement in the automotive sector was also expressed, with a view to increasing bilateral exchanges. Furthermore, the opportunities available to deepen energy sector supplies between the two nations were also analyzed.

Argentina is a strategic trade partner for Mexico in Latin America and the Caribbean: their exchanges totaled US$ 2.35 billion in 2014. Moreover, Argentina ranks sixth among Mexico’s trading partners in the region (being its fifth-largest supplier and its seventh-most-important export destination).