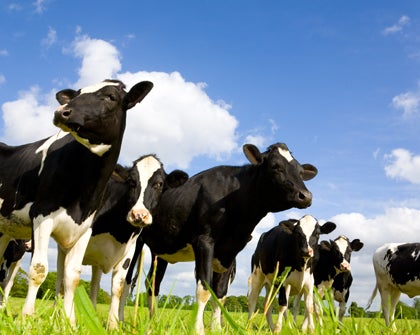 Russia’s and Uruguay’s Ministers of Agriculture signed a bilateral agreement with the aim of strengthening relations in the areas of trade, services, and the exchange of technical and scientific knowledge.

In early February 2016, the Russian Minister of Agriculture, Nikolay Fyodorov, met with his Uruguayan counterpart, Tabaré Aguerre, and the two signed a bilateral agreement (link in Spanish).

Its main goal is to promote exchanges in different agriculture-related areas by implementing joint programs and projects.

The target areas defined so far include veterinary and phytosanitary monitoring; actions for the eradication and control of animal disease; the implementation of mutual trade in agricultural and agro-industrial production; supply of livestock, frozen semen, and bovine embryos; research in the field of agronomy; and livestock identification registers.

According to the information provided by the Uruguayan Ministry of Agriculture, Livestock, and Fishing on its website, cooperation will be implemented in the form of research programs, working groups, exchanges and visits, seminars, and exchange programs between experts.

This agreement will enable fluent contact between the two countries’ health authorities, which will in turn help to address trade-related issues, given that Russia is one of the main destination markets for Uruguay.

Aguerre stressed that governments are responsible for generating appropriate frameworks to enable and encourage favorable trade conditions. He mentioned that Uruguay exports 55% of its butter production to Russia: between January and October 2015, these exports reached 8,000 tons.

He also stated that duty- and quota-free access to trade in the segment of high quality chilled beef, which was achieved after several years of negotiation, is a formidable opportunity for Uruguay.