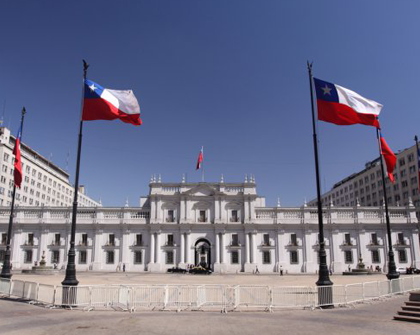 Uruguay’s Foreign Ministry (link in Spanish) has announced that a meeting was held with the aim of strengthening economic relations between Uruguay and Chile.

The delegation from Uruguay, chaired by the General Director for International Economic Affairs, Ambassador Ricardo Nario, and the delegation from Chile, chaired by Director General for International Economic Relations at the Foreign Ministry, Ambassador Andrés Rebolledo Smitmans, held a meeting with the aim of deepening economic and trade relations through the negotiation of a new cutting-edge bilateral trade agreement.

The negotiation topics include trade in goods, rules of origin, trade in services, sanitary and phytosanitary measures, technical barriers to trade, trade facilitation, e-commerce, intellectual property, cooperation, the environment, labor rights, and gender issues, among other items that make up the economic and trade agenda.

This new treaty will be linked with those already signed between the two countries on matters of public procurement, investment promotion, and avoidance of double taxation.

The two delegations agreed on a negotiation schedule, according to which the next meeting will take place in April 2016 in the city of Viña del Mar, Chile.