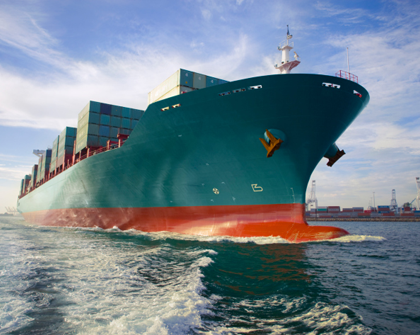 By Federico Mazzella2 May, 2016April 18th, 2017No Comments
Por: ConnectAmericas

The TPP concentrates 40% of the global economy and 11% of the population. Twelve countries participate, led by the United States and Japan.

The Trans-Pacific Strategic Economic Partnership Agreement, known as TPP, is a multilateral free trade agreement with the objective of lowering trade tariffs among the 12 partner countries. It affects several industries, such as the pharmaceutical, auto and textile industries. Additionally, it puts into effect labor and environmental regulations.

2.Who does it include?

Negotiations began in 2010 under the leadership of the United States and Japan. The TPP concentrates 40% of the global economy and 11% of the population. In Latin America it includes Mexico, Peru and Chile; the other participating nations are Australia, Brunei, Canada, Malaysia, New Zealand, Singapore and Vietnam.

3.Why is it controversial?

Controversy has spurred over the TPP due to the secret negotiations of the past five years and the threat perceived by a series of interest groups such as auto industry workers in Mexico, dairy farms in Canada, environmental organizations and groups demanding cheaper medicines.

4.What does it mean for the auto industry?

The agreement in place to date with North America (NAFTA) provided that vehicles manufactured in Mexico, the United States and Canada should have at least 62% of their parts manufactured locally, which helped boost the Mexican economy. Now, these countries and Japan agreed to reduce this percentage to 45% for auto, motor and transmission exports; this makes it easier for Japan to purchase some of the pieces in the Asian markets.

5.And for the pharmaceutical industry?

The TPP provides for extending the exclusivity periods for biological medicinal products, in other words, those derived from living organisms, and increases protection for medicinal products with regard to their intellectual property. This implies greater barriers for the manufacturing of generic products and a larger market for patented medicines, which are typically expensive. This could have a negative impact both on patients and treatment providers (public health systems) in the developing countries, since it could increase the price of pharmaceutical products.

6.What are the benefits for Mexico?

Preferential access to some of the most important economies in the planet and to an exportable supply of over 150 billion dollars in the auto, electric, electronics, agribusiness, chemical, steel, perfume and cosmetics sector would be guaranteed; in addition to the consolidation of the markets in Chile and Peru, Mexico’s priority trade partners in Latin America. The Mexican government argues that this will strengthen the integration of the production chains of Mexico, the United States and Canada, and that North America will become the most competitive region in the world. Critics ensure that this will probably put thousands of auto industry jobs at risk.

7.Why is Peru participating?

Peru is part of the Asia-Pacific Economic Cooperation Forum (APEC), comprised by 21 economies of the Americas, Asia and Oceania. Being part of the TPP is a step forward in its quest to become more prominent in the Asia-Pacific region and to achieve leadership within the APEC, as a South American trade hub for the Asian continent. In contrast to the bilateral free trade agreement with the United States, this is a plurilateral agreement. According to the Peruvian government, Peru proposed, and the TPP incorporated, a chapter on Small and Medium Enterprises (SMEs) and another on Development.

8.How does the TPP fit into the Chilean trade policy?

This new framework will accelerate the tariff reductions established in agreements that had already been negotiated with partners such as Vietnam, Japan and Malaysia. There are several products that had been excluded both with respect to Malaysia and Japan that can now be covered. Additionally, a system of cumulation of origin will be established that will allow Chile, for example, to import cotton yarn from Peru, manufacture garments and export them to other TPP countries in compliance with the rule of origin.

The agreement faces uncertain approval by Congress amidst the presidential election campaign and it will not be put to the vote until the beginning of 2016, where a hard battle is expected that might continue well into the next government. Besides political opposition, several trade unions, consumer protection groups and environmental organizations have expressed their criticism. However, the agricultural sector has voiced the most enthusiastic support to the agreement and the National Association of Manufacturers –the largest group in the industry- has also praised it.

10.What other countries may join?

The universe of TPP members in Latin America could potentially include other nine countries in the region along the Pacific Ocean coastline: Colombia, Costa Rica, Ecuador, El Salvador, Guatemala, Honduras, Mexico, Nicaragua and Panama.