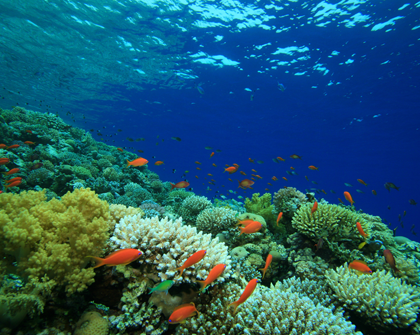 The marine environment makes up over 90% of our planet's biosphere. However, less than 1% of these international waters are protected areas.

The United Nations is responsible for developing the substantive elements to be contained in the new international agreement that will regulate the conservation and sustainable use of marine biodiversity in all areas that lie outside national jurisdictions.

The UN has been analyzing this issue since 2003, but it was not until 2011 that progress was made on preliminary discussions, which determined the four factors that would be the basis for any new agreement. These are: area-based management tools, including for Marine Protected Areas, environmental impact assessments; marine genetic resources, including a regime for the sharing of benefits; and capacity building and the transfer of marine technology.

Once agreement had been reached on these four issues, which would thereafter be referred to as the “negotiation package,” a group of countries fostered the launching of a process to develop a new legally binding instrument in the framework of the United Nations Convention on the Law of the Sea.

After a long process, in June 2015 the United Nations General Assembly accepted that there are legal and implementation-related gaps in the current regime and decided to begin proceedings towards a new agreement.

The agreement will guarantee the conservation and sustainable use of marine ecosystems, while also sharing the marine genetic resources from these areas with the whole of humanity.

Latin American countries such as Costa Rica (link in Spanish) took part in the meeting and underlined their interest in moving forward with the proposal.

The second Preparatory Committee session will take place between August 26 and September 9, 2016, and the UN Headquarters in New York.