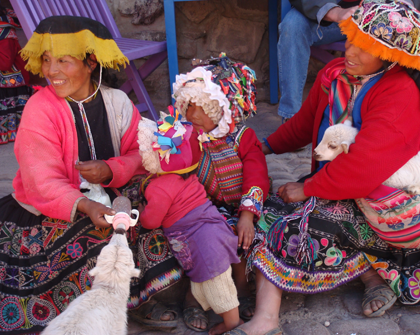 The meeting included a review of progress on the work agenda and forthcoming endeavors to examine and promote the border integration process and follow up on the agreements reached by the Border Integration and Development Committee.

As part of the work being carried out by the Peru–Chile Border Integration and Development Committee (link in Spanish) (CIDF), a working meeting was held in Arica, Chile, on May 11, 2016.

This bilateral mechanism is established every year to bring together the national, regional, and local authorities involved in the different areas of cooperation and complementarity relations between Tacna and Arica. A mid-term meeting was also held to monitor the agreements reached and to outline the integration agenda.

The meeting (link in Spanish) was chaired by authorities from Peru’s Directorate for Border Integration and Development and Chile’s National Directorate for State Borders and Frontiers, both of which depend on their respective countries’ ministries of foreign affairs. Their aim was to evaluate progress on border integration, together with the consul generals and government officials from the policy and cooperation areas within the two foreign ministries and each country’s embassy in the other country.

Finally, information was also exchanged regarding the progress that has been made on the implementation of an integrated border control system at the border facilities in Santa Rosa and Chacalluta, which the two countries have agreed on, in order to identify the actions needed for the system to begin operations shortly.