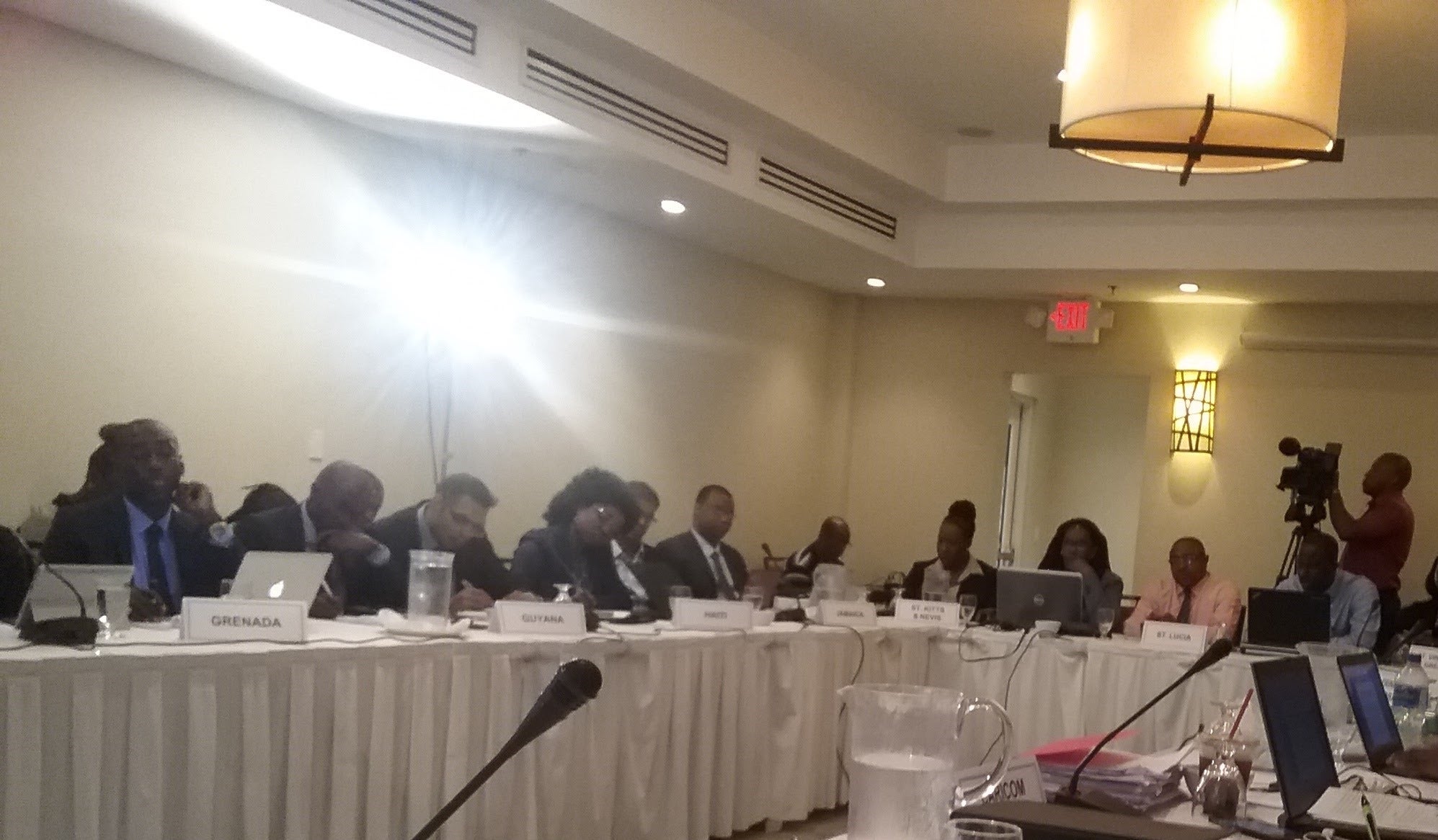 Between September 7 and 9, 2016, INTAL held a Regional Workshop on the Trade in Services Agreement (TiSA) and the Negative List Approach to Services and Investment Liberalization, in partnership with the IDB’s Integration and Trade Sector and CARICOM’s Office of Trade Negotiations (OTM). The workshop took place in Hastings, Christ Church, Barbados.

This activity was part of the INTAL Training Program, which aims to expand member countries’ technical capacities in matters of integration and trade. In this case, the focus was on the services and investments area.

The Regional Workshop was organized in response to a specific request that trade negotiators from CARICOM member states put to the CARICOM Council for Trade and Economic Development (COTED). They expressed the need to improve their technical knowledge on constructing liberalization offers for services and investments based on the negative list approach and that were also aligned with the main development goals of their countries and the region, a point that Ambassador Gail Mathurin underlined in her opening speech.

On the first day, the Regional Workshop provided a space in which to debate negotiations around the Trade in Services Agreement (TiSA) and the possible implications this may have for CARICOM countries. The TiSA is an international initiative which aims to promote the trade in services and it represents the largest global market in that sector. It is currently being negotiated by 23 countries, including Canada, Colombia, Costa Rica, Chile, Mexico, Peru, the European Union, and the United States. Some of the TiSA negotiating countries are of particular interest to CARICOM countries as they do not currently have preferential access to these markets for the immediate export of services.

The second and third days of the workshop analyzed the advisability of the Caribbean developing competences that would help the region identify its desired level of service and investment liberalization using new forms of negotiation, regardless of its preference for the negative list approach.

At the international level, there is a growing tendency toward the use of the negative list approach in both developed and developing countries, and it is the form favored by the region’s key trade partners in their bilateral negotiations.

The audience was made up of government representatives from Antigua and Barbuda, the Bahamas, Barbados, Belize, Dominica, Grenada, Guyana, Haiti, Jamaica, Saint Kitts and Nevis, Saint Lucia, Saint Vincent and the Grenadines, Surinam, and Trinidad and Tobago. Also present were government officials from the commission of the Organisation of Eastern Caribbean States (OECS), and officials from different OTN offices and the CARICOM Secretariat.