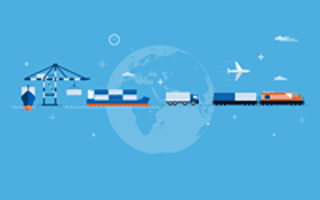 The initiative is part of a plan to promote intraregional trade facilitation.

This new mechanism will cut down on red tape affecting trade in goods and services as it allows official bodies such as the National Customs Administration, the Secretariat of Trade, the National Institute of Viticulture, and the National Food Safety and Quality Service to access an integrated information system.

Mr. Abad added (link in Spanish) that the system is currently being tested and that financing will be available to help upgrade technology within those organizations that “still do not have the in-house engineering departments necessary for the system to function in a coordinated fashion […] The VUCE system consists of international guidelines for simplifying foreign trade operations […] Each organization being able to access an IT application will reduce intervention times noticeably and make the trade process cheaper and smoother for operating companies,” he argued.

Mr. Abad drew attention to the work currently being carried out in order to implement the guidelines contained in the Trade Facilitation Agreement (TFA) that was reached in 2013 as part of multilateral negotiations at the World Trade Organization (WTO). Mr. Abad also mentioned digital certificates of origin (DCOs) and the memorandum of understanding signed by Brazil and Argentina at the beginning of August.

“Global trade has increased by 10 percentage points in recent years. The production chain has basically been internationalized: there are no longer any goods that are produced in a single country from start to finish. In other words, borders are dead.” These types of systems, VUCE and DCOs, promote “agility, efficiency, and speed in cross-border commercial transactions through the use of new technologies,” Abad said.

According to the results of the “Trade Facilitation and Paperless Trade Implementation Survey 2015 Global Report” (UNESCAP), which was presented in October 2015 during the 7th Latin American and Caribbean Regional Meeting on Single Windows for Foreign Trade, the main challenges facing VUCEs in the region include the lack of coordination between government organizations; the limited availability of skilled human resources; financial limitations; the absence of an entity leading or coordinating the process; the lack of political will; and technological limitations. This led to the conclusion that countries in Latin America and the Caribbean should be launching initiatives to move forward with trade facilitation because they need to build up intraregional trade, levels of which are currently low; foster productive chains within and outside the region; give SMEs incentives for going international; promote transparency and coordination among different state institutions; and to combat corruption more efficiently. This is what sparked interest in developing VUCEs, as is reflected in the number of such programs operating in the region, which went from 8 in 2011 to 16 in 2015.