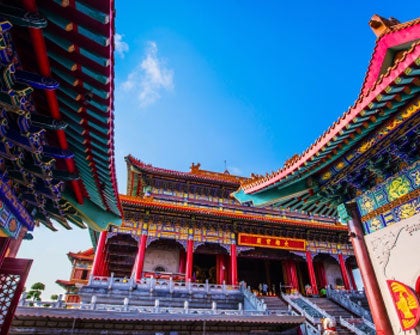 The president of Uruguay, Tabaré Vázquez, accompanied by ministers and representatives from the private sector, led an official visit to China (link in Spanish) seeking greater economic, political, and cultural cooperation. Mr. Vázquez met with his Chinese counterpart, Xi Jinping; the prime minister, Li Keqiang; and the Chairman of the Standing Committee of the National People’s Congress, Zhang Dejiang.

On October 14, 2016, Mr. Vázquez represented Uruguay at the opening ceremony of the business summit on trade relations between China and Latin America and the Caribbean (China–LAC). In 2017, Uruguay will host the next China–LAC Business Summit, so its minister of foreign relations, Rodolfo Nin Novoa (link in Spanish), presided over the handover ceremony.

On October 18, at the end of the official visit, the presidents of the two countries confirmed (link in Spanish) that they would be working together toward a strategic partnership with an agenda that includes matters relating to production, financial issues, and cooperation. They also agreed to begin the process of negotiating a bilateral free trade agreement. “In 2018, we will be celebrating the 30th anniversary of the reopening of diplomatic relations between our two countries and we have set that date as the deadline for signing our free trade agreement,” Mr. Vázquez said (link in Spanish) at a press conference.

Uruguay’s minister of livestock, agriculture, and fishing, Tabaré Aguerre, said (link in Spanish) that the aim of the mission was to get to know more about China’s demand for foods it cannot produce and how it is modernizing its trade structure. Mr. Aguerre explained that Uruguay is working toward being able to export tangerines, blueberries, maize, barley, and honey (link in Spanish) to China. To be able to achieve this successfully, the country’s sanitary and phytosanitary measures (link in Spanish) are being assessed and adjusted.

The minister of the economy and finance, Danilo Astori (link in Spanish), held meetings with businesspeople and representatives from the China Development Bank (CDB). At the end of his presentation, which mainly focused on attracting investment in ports and railroads, the minister underlined that the response from the business community had been “overwhelmingly positive,” and he added that the CDB may play a role in financing these transactions. Astori also signed cooperation agreements on production and another relating to customs.

Uruguay’s minister of industry, energy, and mining, Carolina Cosse (link in Spanish), met with authorities from China’s Ministry of Industry and Information Technologies and the National Energy Administration. The officials agreed to create a working group on the environment, renewable energy, and energy efficiency They also mentioned the possibility of relocating Chinese firms to Uruguay in sectors such as manufacturing, light industry, and household goods.