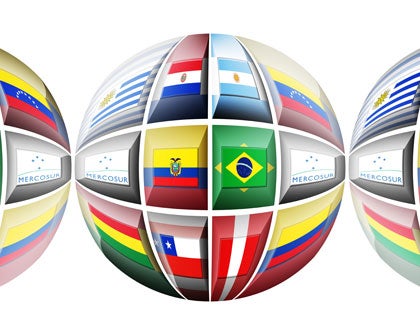 Brazil and Portugal Work toward a MERCOSUR–European Union Agreement

The two countries expressed their commitment to fostering negotiations between the two blocs.

On the occasion of the 12th Brazil–Portugal Summit (link in Portuguese), the leaders of the two countries met in Brasilia on November 1, 2016, to follow up on certain aspects of the bilateral agenda. Brazil was represented by its president, Michel Temer, and Portugal by its prime minister, Antonio Costa. One of the main topics they discussed was the state of the ongoing negotiations to reach an Association Agreement between the Southern Common Market (MERCOSUR) and the European Union (link in Spanish).

The two leaders expressed (link in Portuguese) their commitment to “continuing to promote the agreement and contributing to overcoming the difficulties in the negotiation process with a view to concluding an ambitious, complete, and balanced agreement that allows parties to deepen cooperation, streamline their production structures, and breathe new life into flows of trade, investment, and service providers between the two blocs.”

The two officials also discussed trade and investment promotion; science, technology, and innovation; matters of regional and multilateral interests; and the promotion of the Portuguese language.

The day before the event, Mr. Temer met with Portugal’s head of state, Marcelo Rebelo de Sousa, and the two exchanged opinions on the economy and the reforms that need to be tackled if the two countries are to return to a path of economic growth.

Mr. Temer explained the main measures his government had adopted and mentioned Proposed Constitutional Amendment No. 241 (link in Spanish), which establishes measures on public spending, the social security system, and a privatization program that is already underway.

The economic and political relationship between Brazil and Portugal is significant: the volume of bilateral trade reached US$1.6 billion in 2015 and nearly 600 Portuguese companies or companies with Portuguese capital currently operate in Brazil.