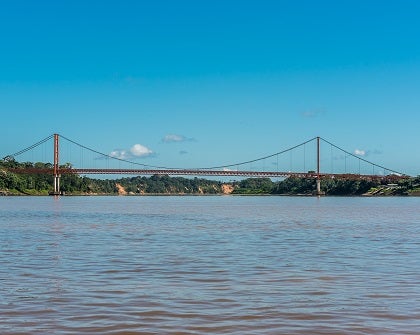 Chile’s Ministry of Public Works (MOP) held the course in Santiago between October 11 and 20, 2016, with the support of the COSIPLAN Technical Coordination Committee, which is made up of the IDB, CAF, and FONPLATA. The course was attended by 31 officials from government organizations in Chile, Colombia, Costa Rica, Honduras, Paraguay, and Uruguay.

The MOP began to focus on road surfaces and basic roads in 2003 with a program to improve the conditions of unpaved roads throughout Chile. It implemented its Infrastructure Program for Indigenous Communities in Rural Areas in the regions of Bio Bio, Araucanía, Los Ríos, and Los Lagos at the same time.

Given the social impact these initiatives have had over the years, the two were merged in 2014 to create the Fifteen Thousand Kilometers of Basic Road Surfaces Program, which aims to build that amount of new road surfaces by 2018.

Over the more than 13 years in which different programs have been implemented under the umbrella concept of road surfaces and basic roads, there has been a focus on five core areas: (i) instituting a specific mind-set for low-traffic roads; (ii) the use of materials and techniques that are appropriate to the context of these types of roads; (iii) the impact on production levels in the area; (iv) improvements to the quality of life of direct users of these roads; and (v) the active involvement of direct and indirect users.

These experiences have been shared at many technical forums both within Chile and abroad, sparking interest among authorities from different Latin American countries. This process unfolded at a time when trade in goods was growing due to new free-trade agreements, which led to a significant increase in vehicle traffic along rural roads and to demands from inhabitants of these areas for road infrastructure that will boost their development and improve their quality of life.

The methodology used on the course consisted of presentations that included visual materials followed by questions and comments from participants. It also involved technical visits to the Valparaíso region to give participants a sense of the facilities and equipment needed to maintain and develop surfacing solutions for low-traffic roads. They visited the National Highway Laboratory to learn how it operates and is a source of support and provides testing and innovation in these areas.

The course finished with a teamwork exercise in which participants from each country identified possibilities, opportunities, and potential problems in relation to developing a similar program to Chile’s, as well as evaluating the contents and experiences presented during the course.

Some 26 presenters from the MOP took part, including Sergio Galilea, Chile’s undersecretary of public works, who gave a masterclass on basic roads in Chile and presided over the closing ceremony. Representing the IDB was integration infrastructure and transportation specialist Patricio Mansilla, who gave a presentation entitled “The IDB and Road Infrastructure in Latin America.”

The main conclusions reached during this first course included the need to request institutional support to implement full or partial scholarships for other government officials from the region to take part in future sessions of the course; carrying out another course in 2017; creating a permanent professional network for technical exchange by sharing experiences and progress toward generating basic road surfacing programs; and identifying officials in different countries who are interested in taking part and possible sources of financial and technical support to set up and develop road laboratories. Support for the course came from three main organizations: Chile’s National Highway Department, in the form of staff, equipment, and facilities; INTAL, through financing that the COSIPLAN CCT provided to hire consultants and coordinators and to cover other logistical issues; and the Chilean International Cooperation Agency, which funded two scholarships for participants from Paraguay as part of the Bioceanic Corridors Program.