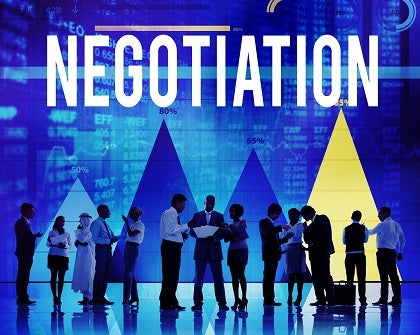 The agreement is expected to be made official in the coming months.

During his visit to Nicaragua in November 2016, the Minister of Trade, Industry, and Energy of the Republic of Korea, Joo Hyung Hwan, announced (link in Spanish) that negotiations for the free trade agreement (FTA) between his country and the republics of Central America had come to a close.

The rapprochement between Korea and Central America began in mid-2015 and the third round of negotiations between the parties took place in March 2016 in California.

The public procurement group agreed on a list of institutions and the minimum economic amounts to which the obligations of this chapter would apply.

With regard to the texts on services and investment, negotiators agreed on the chapter on the temporary entry of business people, which seeks to facilitate the movement of executives, specialists, and investors between the party states in accordance with their legal codes.

The chapter on financial services contains nondiscrimination obligations that seek to favor trade and investment while respecting countries’ absolute freedom to impose measures of prudential oversight and to protect themselves during economic crises.

In matters of e-commerce, it was guaranteed that producers of software, videogames, applications, and computer programs would not be discriminated against in Korea nor would their competitiveness be affected by the levying of tariffs on the products they sell digitally or via a physical medium, such as a DVD or USB.

Negotiators agreed on a rules of origin text that was in line with national interests and focused on trade facilitation. The specific rules of origin that were agreed upon were adjusted to the current state of production in Central America.

Finally, in the chapter on cooperation, negotiations concluded with a text that gives the parties flexibility to work on their initiatives individually or as a group. A series of priority areas for promoting long- and short-term projects were agreed upon and the Cooperation Committee was authorized to discuss and include further areas in the future.

Three annexes were also developed: one on cooperation for small and medium-sized enterprises; one to promote improving the business climate; and another for cooperation on audiovisual services and audiovisual coproductions.