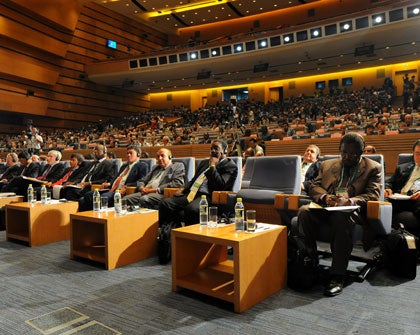 Leaders of the Asia-Pacific Forum reasserted their commitment to keeping their markets open.

The bloc, which is made up of Peru, Brunei Darussalam, Canada, Chile, the People’s Republic of China, Hong Kong, Indonesia, Japan, Malaysia, Mexico, New Zealand, Papua New Guinea, the Philippines, Russia, Singapore, Korea, China Taipei, Thailand, the United States, and Vietnam, represents 54% of global GDP, 50.3% of global exports, and has a market of more than 2.8 billion people or 40% of the global population.

In the 2016 APEC Economic Leaders’ Declaration, the 21 APEC leaders expressed their concern over the fact that “globalization and its associated integration processes are increasingly being called into question, contributing to the emergence of protectionist trends.”

According to the declaration, the guiding principles for the 21 economies in the bloc will continue to be “trade and investment, regional economic integration, promoting competitive markets, encouraging economic and technical cooperation, and facilitating a favorable and sustainable business environment.” The member states will also work to explain these benefits to society better.

The final declaration also addresses specific areas such as increasing use of renewable energy, the economic empowerment of women, the role of SMEs, connectivity, and the fight against terrorism and corruption.