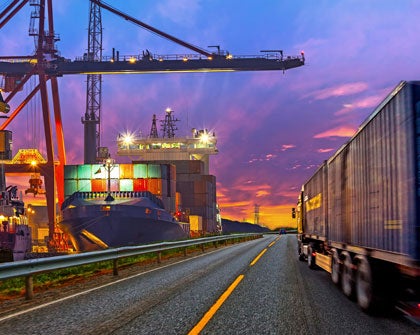 The delegates from the countries of South America to COSIPLAN met online to agree on the 2017 Work Plan. As the secretariat for the CCT, INTAL will support the implementation of the activities the countries decide to prioritize.

On December 6, 2016, COSIPLAN delegates met via videoconference to decide on the 2017 Work Plan, which was presented and discussed during the meeting after being drafted by Argentina based on contributions from the countries that coordinate the different project areas and with the help of the COSIPLAN Technical Coordination Committee (CCT). Argentina will hold the pro-tempore presidency of COSIPLAN for a year starting in April 2017.

The COSIPLAN annual work plans are based on the Strategic Action Plan 2012–2022 (PAE), which was designed and approved in 2011 to orient the body’s initiatives towards integrating the regional infrastructure of UNASUR member countries.

The following section outlines the main activities planned for 2017.

Mid-Term Review of the PAE

COSIPLAN defined the PAE for 2012–2022, in compliance with the Declaration of the Presidents of South America at the 5th Ordinary Meeting of the Council of Heads of State and Government of the UNASUR.

The founding document for the PAE is the Founding Treaty of the UNASUR and the COSIPLAN Statute and Regulations. COSIPLAN aims to implement methodologies and tools to carry out and conclude the projects that make up its portfolio; include mechanisms for social engagement; focus on financing projects with high socio-economic impact in the region; perfect follow-up and assessment tools; and move toward making regulatory and institutional frameworks compatible with one another.

The plan is the result of a process of discussion and consensus reached by COSIPLAN members during 2011. It was approved by the ministers present at the 2nd COSIPLAN Ordinary Meeting (Brasilia, November 2011) and ratified by the member country presidents at the 6th Meeting of the Council of Heads of State and Government of the UNASUR (Lima, November 2012).

When the UNASUR member countries defined the PAE, they included a mid-term review five years after its entry into force, bearing in mind the evolution of the integration process. In 2017, the aim is to evaluate progress on the COSIPLAN objectives, taking into account the initiatives that have been implemented to achieve each one. The review will also analyze the projects that have been completed and compliance with scheduling. Based on this diagnostic work and a process of participative dialogue, the necessary adjustments will be made for the remainder of the 10-year plan.

Mid-Term Review of the API

In 2010, the UNASUR presidents entrusted COSIPLAN with the task of identifying and selecting a set of high-impact works for the integration and development of South America. The outcome of this is the Integration Priority Project Agenda (API). The API’s objective is to “promote regional connectivity through the construction of physical integration infrastructure, based on the criteria for sustainable social and economic development while protecting the environment and ecosystem balance.”

This agenda is made up of structured projects. These projects include one or more smaller projects from the COSIPLAN Project Portfolio, which the API refers to as “individual projects.” Structured projects consolidate networks for physical connectivity with regional scope and are distributed throughout the different Integration and Development Hubs.

Like the PAE, the API was approved in 2012 by the presidents of South America. The API is reviewed and updated annually by the countries of South America and is one of COSIPLAN’s main initiatives toward integrating the region’s infrastructure.

A review process will be carried out in 2017 to assess progress on API projects and whether the priority level assigned to them remains valid. To do so, the countries will work together to analyze the 31 structured projects that make up the API and update them where necessary to ensure the different initiatives are implemented.

Network of Experts on Freight Transportation and Logistics

The crosscutting nature of the logistics sector demands that policymakers take a multisectoral and multidisciplinary approach. The organizations that take part in COSIPLAN include government bodies working on transportation, infrastructure, and planning, and other stakeholders in the areas of trade, production, and customs at both the national and subnational levels. It has also become essential to involve the private sector due to its role as a logistics operator and source of freight.

The objective of COSIPLAN’s Network of Freight Logistics Experts (REXLOG) is to continually advise the council on its decisions and the shapingCOSIPLAN of public policies, plans, projects, and regional initiatives so as to promote the development of national and regional logistics systems.

Work will begin in the first quarter of 2017 using a flexible work scheme that will enable all countries to be actively involved, including the government officials who were trained via the COSIPLAN online course with support from the IDB.The aim of this approach is to expand the range of institutions that are involved, facilitate exchanges of experience and best practices, and create a suitable environment for promoting shared solutions.

The technological tool that will be used to provide support for this dialogue and exchange of information among participants is the Communities of Practice platform run by the IDB’s Integration and Trade Sector. It was also decided that the entire network would meet in person once a year to review their progress and put forward new issues.

The network will operate on the basis of working subgroups that focus on specific topics. The following three topics have been identified for the first stage:

There is an implementation plan for this PTI that is made up of a subset of plans, programs, and projects that Chile and Argentina have identified as complimenting the benefits the construction of the tunnel will bring. It will be implemented during the construction of the tunnel, which is estimated will take 10 years. The implementation plan is made up of 100 actions and activities (AAs):

31 Intrinsic AAs: these are new actions or activities that were identified as being relevant and complementary to the tunnel project during the process of drafting the PTI.

69 Concurrent Planning AAs: these are actions or activities that are already part of government plans or programs and which were identified as being relevant or complementary to the tunnel during the process of drafting the PTI. Their inclusion in the PTI raises their value.

These actions and activities are organized into Strategic Hubs and Crosscutting Factors, which allow the territorial dynamic of the PTI Action Area to be explained and described, taking the implementation of the tunnel into account.

In 2017, regular online meetings will be held to follow up on the implementation of the AAs in each area. This will constitute a dynamic way for those responsible for Intrinsic Binational Actions to work together to guarantee that these are effectively developed over the next few years. To support the process of implementing these different initiatives, the information available for each will be systematized to facilitate monitoring and follow-up.

Planning for Border Integration and Development

Borders have been a focus of IIRSA’s work since its beginnings and currently form part of COSIPLAN’s mandate. The objective is to convert border regions into spaces for integration and development, facilitating the movement of goods and people and planning land-use taking economic, social, and environmental issues into account.

As a result of the work that has already been undertaken, it was agreed that an online platform containing basic information on each border area would be established by 2017, including the data collected through the surveys on border integration that were completed in 2016. This information will be uploaded and updated by each country so as to put forward integration and development plans for the border areas.

Those involved also pointed out the importance of designing a mobile app with information on cross-border traffic and necessary documentation to facilitate cross-border controls and traffic for different sorts of users (private individuals, freight transportation, and passenger transportation).

After many years work on this issue, the countries involved acknowledged how challenging it is to get all institutions involved in border matters actively and continually involved. For this reason, they agreed to set up a Network of Border Leaders to help develop and comply with these initiatives.

Calendar of Activities for 2017

To optimize time, resources, and use the new technologies available, many of the planned meetings will be held online. The following section includes a preliminary calendar of COSIPLAN activities for 2017.