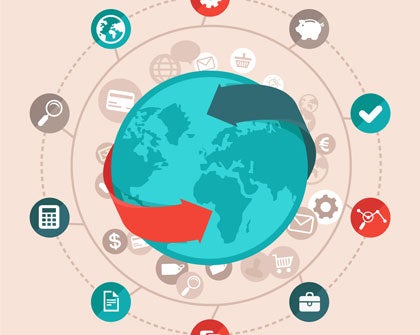 The World Trade Organization has been working intensely to encourage and promote e-commerce. This article discusses the progress it has made and the challenges it is facing.

The WTO’s regulatory framework divides trade into two major sectors: goods and services. How e-commerce is classified will determine how it is regulated at the WTO.

The WTO was given the mandate to discuss the issue of e-commerce at the Singapore Ministerial Conference in 1996. In its program on e-commerce, the WTO defined this as being “the production, distribution, marketing, or sale of goods and services by electronic means.”

E-commerce was the topic of intense debate at the WTO at the beginning of the 2000s, primarily within the Council for Trade in Services and the Committee on Trade and Development. Member countries’ interest in the matter gradually waned until discussions resumed recently.

The Declaration from the Bali Ministerial Conference (2013) included a mandate for the members to revitalize work on the issue, focusing on the overlap between e-commerce and development and emphasizing the need to improve internet connectivity, access to information technologies, telecommunications, and public internet sites. The Bali Declaration also urged members to consider the economic opportunities of development, paying particular attention to developing countries, least developed countries, and those with lower connectivity levels, and to consider the opportunities that e-commerce may bring SMEs and their difficulties in gaining access to it. With this objective, the declaration established periodic reviews at the General Council and the extension of the moratorium on the introduction of tariffs and duties on e-commerce transactions.

The 2015 Nairobi Declaration continued with the work begun in 2013 and mandated biannual reviews at the General Council and once again extended the moratorium on duties and tariffs.

In the last few months of 2016, some WTO members began to raise certain issues with a view to reviving discussions on e-commerce and obtaining potential deliverables, be it at the next Ministerial Conference in Buenos Aires (2017) or as part of a subsequent continuation of this negotiation.

As part of recent discussions that took place within different areas of the WTO, the following conclusions were reached:

The Challenges and Opportunities of E-Commerce. Challenges for the Private Sector.

Traditional business models are being challenged by microscale activities and new consumption patterns.

To integrate into the global market through e-commerce, small and medium-sized enterprises need good access to efficient, reliable, and safe transportation, and to develop capacities that allow them to acquire knowledge of international regulations. SMEs seeking global coverage through access to foreign markets must often overcome language barriers and the impossibility of establishing their own supply chains. They also need to obtain representation before international governments and forums.

This will require coordination among the different stakeholders: exporters, importers, carriers, customs and border agencies; cooperation on the part of customs and tax authorities; with the WTO as the driving force behind this work.

[1]Market access issues that facilitate e-commerce; regulatory issues such as the location and flow of data, privacy, and consumer protection; and physical, regulatory, and human capital–related infrastructure issues such that the country can integrate into international trade.