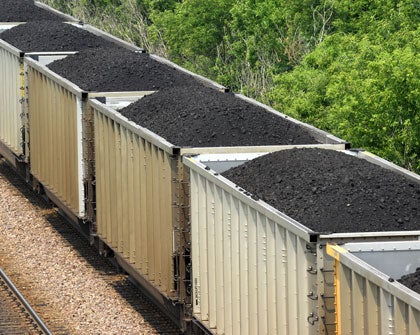 Uruguay is seeking to position rail transportation as an attractive alternative for regional freight carriers. The rail connectivity it is developing will keep step with the country’s growing needs.

The growth in agroindustrial activity in Uruguay, the country’s modern port infrastructure, and progress in customs facilitation are posing new challenges for transportation in Uruguay. Uruguay’s rail network is made up of three railway lines that are part of the COSIPLAN Portfolio. The first of these connects the Port of Montevideo with the dry port in the city of Rivera on the border with Brazil. The second line connects to this main railway at Piedra Sola, then goes west through Algorta to the port of Paysandú, and then north to the city of Salto and the Salto Grande dam on the border with Argentina on the River Uruguay. The third line connects Algorta with the port of Fray Bentos, also on the River Uruguay.

“These projects are a new phase in the convoluted history of our rail system, but we have a series of targets that will reverse current trends and put our railways back on the path to growth.” Víctor Rossi, Minister of Transportation and Public Works.

It is well-known that neglecting railway maintenance work affects the speed of rail services, reducing competitiveness and increasing energy consumption. As a consequence, improving rail infrastructure has a dual effect: it increases revenues by increasing freight capacity and considerably reduces operating costs. If this reduction is translated into better services and lower tariffs, it will have an impact on logistics costs. Switching heavy road traffic to the rail system will create major savings in road infrastructure maintenance.

The works planned for these three projects will guarantee that the track will be rated Class 3 using the ALAF 5-026 standard, which implies an average speed of 40 km/h and an axle load of 20 tonnes.

The goal of rehabilitating this line is to improve infrastructure along the entire 422 km of track connecting the town of Pintado and the department of Rivera on the border with Brazil. Construction work is currently underway and the project is scheduled for completion in April 2017. The total investment in the project is US$74.9 million, US$50.1 million of which was financed by FOCEM, while the remaining US$24.8 million came from the national treasury. It forms part of the API Montevideo–Cacequi Rail Corridor, together with the reconditioned Rivera–Santana do Livramento–Cacequi railway, the Brazilian section of which is already complete.

The main benefits the project is expected to bring include a 50% reduction in infrastructure maintenance and savings of 75% in journey costs and 20% in fuel. It is also estimated that the tonnage transported via this railway will triple. The main products to be transported along this route are: fuel, cement, limestone, clinker, rice, barley, and wood.

This project entails the rehabilitation of 327km of track. The total estimated investment is US$127.3 million, US$83.5 million of which came from FOCEM, while the remaining US$43.8 million came from national funds. Construction is underway and and the project is scheduled for completion in December 2019.

The products to be transported via this system include citrus, cement, limestone, rice, barley, and grain. Once investments are complete, maintenance costs are expected to come down by 75%, journey costs by 33%, and fuel consumption by 40%. It is estimated that current tonnage rates will more than double.

This sector is made up of 141 km of track, the rehabilitation of which is fundamental if Uruguay is to divert road freight from the main agricultural production area and transport it via rail to the ports of Fray Bentos and Montevideo. A 30-year reconditioning and maintenance contract was put out to tender using a public–private availability payment contract. This public–private initiative put forward by the State Railways Administration (AFE) has been lauded as one of the five best financial projects in Latin America.

The total estimated investment in the project is US$100 million and it is scheduled for completion in March 2020. The freight that could potentially be transported on this line includes timber (logs and processed production for construction), rice, fertilizers, and soybeans.