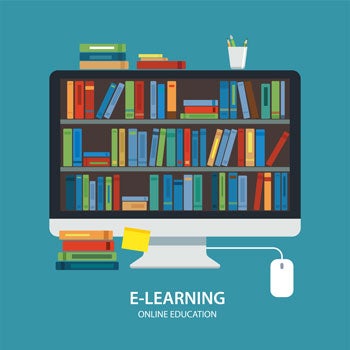 In recent months, INTAL LIB has been undergoing a transformation to put its wealth of knowledge in the hands of more users in Latin America and the world.

Information and knowledge are core features of our society and are an essential part of all human activities. INTAL-LIB, formally known as the INTAL Documentation Center (CDI), identifies, compiles, organizes, and spreads information on issues that are relevant to integration and trade in Latin America and the Caribbean.

The center has been part of INTAL since it was founded in 1965 at the behest of Felipe Herrera, then director of the Inter-American Development Bank. Since then, INTAL-LIB has proved its worth beyond discussion through the support it provides researchers and its commitment to regional integration from the sphere of knowledge.

Through the development of its collections, the CDI bore witness to changes in the region as reflected in research activities and the flows of scientific literature being published.

For over 50 years, the collection covered both current affairs and historical issues with a focus on publications from within the IDB, while also including some from other sources and keeping its materials constantly up-to-date.

Over the last 20 years, the rise of online sources, the ease of digital publishing, and the lack of a selection and review process for digital resources as the web has developed led to the need to develop and apply a methodology for evaluating information before including it in the CDI’s catalogue. The aim of this methodology was to ensure that the user was being provided with rigorously scientific, useful information.

This new challenge for the information units was the CDI’s first step toward creating a digital archive.

Its services and functions underwent fundamental changes that led to modifications in the way information is accessed by the user. This proved to be the real turning point in the CDI’s history.

This work maintaining existing institutional resources and improving them through new technology gave rise to an innovative space for researching regional integration processes which embraces the latest trends in data management and communication without losing sight of the rigorous, more traditional selection values which have always characterized the CDI’s work.

With over 32,000 documents fully available online and connections to more than 650 institutions working in areas similar to INTAL, the archive, which has now been renamed INTAL-LIB, has become a center that specializes in finding and curating authentic, valuable, open access information on regional and global dynamics.

In these increasingly technology-driven times when events unfold faster and faster, there is a growing need for specialist information that is managed using appropriate tools for creating products and services that meet the needs of ever more demanding users. The combination of these two factors could even become a threat or a risk.

Livy’s Ab Urbe Condita Libri chronicles the fear of Rome’s inhabitants when Hannibal Barca arrived at the city walls with his army after the battle of Cannae in 216 BCE.

–Hannibal ad portas [Hannibal is at the gates!] became the phrase that Roman parents would cry at their children to warn them of any imminent danger.

We could have interpreted the phrase as signifying alarm or concern. However, we have decided to think of it as a call to innovate, to shake things up, as a challenge that is full of possibility and promise, a need to improve.

“A profession or institution disappears only when its mission becomes irrelevant to society or all the activities this mission entails can be automated.”

This will not be the case for INTAL-LIB.