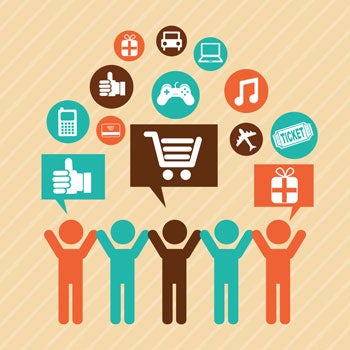 How new trade technologies can contribute to the region's development and what public policymakers can do to provide incentives to increase trade flows.

In October 19 and 20, 2016, IDB/INTAL and the World Trade Organization (WTO) held the “Regional Workshop on E-Commerce and Its Role in Development in Latin America (link in Spanish),” with the support of the government of Paraguay. The workshop was designed to bring together government and private sector representatives from the countries in the region and representatives from multilateral organizations to debate concrete initiatives to support e-commerce through policies and regulations at the national, regional, and multilateral levels.

Building a digital economy may open up a range of opportunities that foster inclusive trade, allow developing countries to take great strides toward industrialization, and help small companies access the global market. However, the growth of the digital economy has also given rise to obstacles such as access to financing and regulatory trade barriers. Likewise, brings us face-to-face with the dual challenge of developing infrastructure that will bridge the digital divide (appropriate access to broadband internet, high-quality mobile data connections, etc.) and promoting legislation that facilitates e-commerce.

To analyze these and other issues, IDB/INTAL and the WTO gathered specialists and high-profile experts from the World Bank, UNCTAD, the International Trade Center (ITC), high-ranking representatives from Latin American chambers of e-commerce, companies such as Google and DHL, and Paraguayan government experts on the matter.

On the first day of the workshop, the focus was on the WTO initiatives around e-commerce and the preparations for the Sixth Global Review Aid-For-Trade Monitoring Exercise: Promoting Connectivity, which will be held in July 2017. Those present discussed Latin America’s involvement in e-commerce and the tools available on the IDB’s ConnectAmericas platform, the first social business network created to promote trade and international investment. Another topic of debate were the logistics and transportation challenges that exporters in the region are facing. Participants explored possible trade facilitation solutions that might contribute to reducing the cost of taking part in export markets.

On the second day of the event, different visions of e-commerce were presented as paths to achieving a more inclusive form of trade that would further the development of countries in the region and thus function as a channel to help SMEs increase exports. Other topics of debate included the region’s regulatory framework, data protection, and consumer protection.

Finally, representatives from Latin American chambers of e-commerce looked at the multilateral and regional initiatives that need to be prioritized to promote e-commerce. The conclusions from this debate were included in the “Recommendations from the Private Sector,” which was drafted during the workshop.

Over the course of the two-day event, the WTO drew attention to the growth in e-commerce over the past decade and the constant rise in the number of internet users who are changing the way business is done and commercial transactions are carried out. By reducing costs of trade, e-commerce allows firms to access the global market, reach a wider network of buyers, and thus take part in global trade while helping to make it truly inclusive and bring it in line with sustainable development goals.

Internet access is a necessary but insufficient condition for benefiting from these greater opportunities. There are a series of other economic and technological variables that prevent many people from taking advantage of the benefits of e-commerce, particularly in developing countries. These include: poor financial systems; underdeveloped or hard-to-access payment systems; limited consumer confidence in online shopping; and legal and regulatory frameworks that are weak or unsuitable for e-commerce. These obstacles are an even bigger challenge for small companies, which points to the need to take into account the connection between measures to promote e-commerce and those that help SMEs play a part in international trade.

It is estimated that e-commerce is currently worth US$2 billion and that this figure will have doubled by 2020 (according to data from eMarketer).

For more on this topic, see the feature story in this issue of INTAL Connection.

Recommendations to the Private Sector

One of the outcomes of this Regional Workshop was the following document, which lists recommendations from the private sector and its expectations when working with the public sector in connection with capacity building; regulation and infrastructure; public policies; facilitation; and the means of payment that make it possible to manage e-commerce.