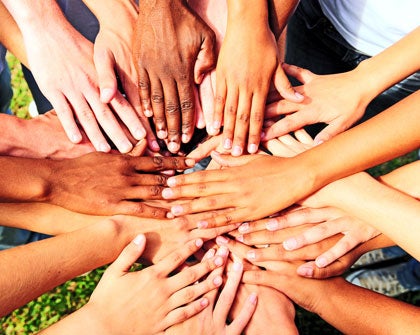 How citizen consultation processes work for large physical connectivity projects in the region.

In its role as the secretariat for COSIPLAN, the Institute for the Integration of Latin America and the Caribbean (INTAL) encourages civil society organizations to get involved in different COSIPLAN work areas and analyzes the progress that has been made toward information transparency.

Citizen engagement and pluralism are established as being the basis for integration and unity in South America in the UNASUR Constitutive Treaty (link in Spanish). This is also reflected in the experience of COSIPLAN, which interacts with civil society organizations through its different work areas.

One of the initiatives in the Strategic Action Plan (PAE) is to “define areas for social engagement which the communities involved in COSIPLAN activities can actively contribute to.” To this end, the COSIPLAN ministers include this issue as a priority in their work plans each year.

Two representatives from this coalition, Vanessa Torres (Environment and Society Association, Colombia) and Esteban Valle Riestra (Law, Environment, Natural Resources, Peru) gave their opinions on this initiative in the interview that follows.

The “Contributions from Civil Society” report argues that COSIPLAN has made its initiatives considerably more transparent since 2007.

This progress has made it possible for citizens to access tools such as the SIP and GIS together with documents and reports that enable them to find out more about COSIPLAN projects, keep track of progress on them, and complement—and even supplement—the information provided by local governments, which contributes to preventing conflicts and mitigating impacts. The fact that civil society organizations can take part as observers in regional decision-making spaces is another sign of progress as it guarantees engagement, participation, transparency, and access to information. In short, COSIPLAN’s experience is a positive example that should be replicated in other UNASUR bodies, even though there is still a lot of work to be done. The challenge is consolidating the engagement of civil society organizations in this type of space and ensuring that they play an active role in constructing the different methodologies that COSIPLAN uses. The history of their involvement in this space has been patchy.

The report also points out that the countries in the region need to improve the way they manage and update the SIP. Could you summarize the issue and the solutions you are putting forward?

The COSIPLAN Technical Secretariat (IDB/INTAL) has identified problems with updating information sheets, including errors in the information that is submitted and the internal coherence of this. This affects the precision and quality of information by preventing the tool from reaching its full potential. As a consequence, we suggest:

What was the process for taking part in COSIPLAN meetings?

The coalition began to set up spaces for dialogue with UNASUR and COSIPLAN officials through meetings with the PTP, which Uruguay was responsible for at that point. In 2015, we took part in the last three meetings of the COSIPLAN Technical Forum as observers and we were able to speak to representatives from all the countries and put forward a critical perspective on COSIPLAN’s vision of development.

How would you evaluate the role that development banks play in COSIPLAN?

The involvement of the IDB, CAF, and FONPLATA in COSIPLAN and the support they have provided for tools such as the SIP is a relatively positive factor that is proof of their intention to promote the rights to transparency and access to information.