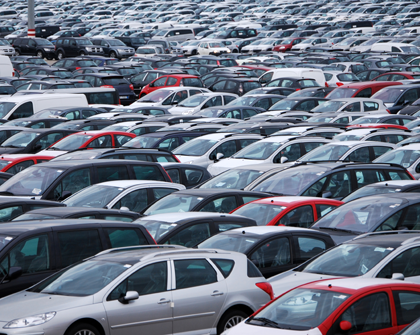 On April 7, 2017, Colombia, Argentina, and Brazil signed two memoranda of understanding which will expand trade in a group of manufactures between them. The success of these negotiations is part of the renewed enthusiasm around talks between the MERCOSUR and Pacific Alliance. The agreements are particularly important because they promote activity in sectors beyond mere commodities, which make up much of these countries’ export supply.

These agreements essentially anticipate the establishment of duty-free export quotas for manufactured goods, including products from the automotive industry in all three countries. For example, Argentina and Colombia agreed on the duty-free trade of a quota that will increase gradually over the four years following its entry into force, until it reaches a total of 42,000 vehicles. Brazil’s memorandum of understanding with Colombia ratifies an earlier agreement from October 2015 that sought to boost bilateral trade in vehicles. Outside the automotive sector, the agreement between Argentina and Colombia establishes quotas for other products, such as agrochemicals and plastics.

For the moment, the general framework for preferential trade between these two countries is Economic Complementarity Agreement (ECA) No. 59, which was signed in 2004, has been in force since 2005, and covers the MERCOSUR countries and the Andean Community. The original aim of ECA 59 was to establish a free trade area through a trade liberalization program that included gradual, automatic reductions in bilateral tariffs over a 15-year period. This was to be completed by January 1, 2018, by which point around 87% of goods would be totally tariff-free.

Automotive Trade between Argentina and Colombia

Given the context in which these agreements are emerging, it is worth getting a sense of the scale of trade flows between these countries within the automotive sector (figures 1 and 2).

The net balance of trade for Colombia’s automotive industry is negative, as it depends largely on imports of vehicles, autoparts, and accessories to supply the local market. Argentina’s balance of trade in motor vehicles is generally positive—although this was not the case in 2016, when it had a deficit of over US$1.7 billion, largely due to the economic crisis in Brazil—and an ongoing negative balance in autoparts.

Between 2012 and 2016, Argentina recorded annual average exports of motor vehicles of more than US$6.6 billion. The difficulties that Brazil is currently experiencing are revealed in the drop in Argentina’s external sales over three consecutive years. This makes the new agreement with Colombia particularly attractive, as it opens up a new market within the region. Over the same period, Colombia’s exports reached an annual average of nearly US$500 million. In other words, there is a major difference in the scale of export flows between the two countries. Argentina has remained an important supplier for the huge Brazilian market and also has a relatively large domestic market.

Evolution of Argentina’s Total Trade in Motor Vehicles and Autoparts. Millions of US$

Evolution of Colombia’s Total Trade in Motor Vehicles and Autoparts. Millions of US$

As these agreements benefit the opening up of MERCOSUR member countries’ markets, they may be heralding the eventual creation of a wider South American automotive industry market.

As was mentioned above, Brazil has long been the main market for Argentina’s automotive industry: nearly 7 out of every 10 motor vehicles that Argentina exports go to Brazil, and around 8 of every 10 of the vehicles it imports come from there. On a smaller scale, another major trade partner has been Mexico, although its automotive industry is largely oriented toward the US market.

Given this setup, it is unsurprising that Colombia’s share in Argentina’s vehicle exports has been relatively low to date, accounting for just US$102 million in 2016 (2% of the total) while its role as a vehicle supplier is practically nonexistent (figure 3).

Colombia’s trade in vehicles is more diversified (figure 4), although Mexico is the destination market for half its exports and the source of 3 out of every 10 of the vehicles it imports. Other major trade partners are Ecuador, as a destination market, and Japan, the United States, and the Republic of Korea as sources of imports.

Note: Vehicles include Harmonized System headings 8702, 8703, 8704, and 8705. The figure does not include imports for which Colombia itself is listed as the origin (US$336 million in motor vehicles in 2016). Source: Prepared in-house using data from INTRADE

In 2016, over 250,000 units were sold on the Colombian market. Nearly 36% of those sales were locally produced vehicles.[1] As was mentioned above, Mexico was the main source of imported motor vehicles, accounting for around 20% of these, followed by Korea (14%). Argentina barely reached a market share of 1.3% or just over 3300 vehicles. These figures reveal the potential for growth in Argentina’s exports to Colombia following the recent agreement, which may also enable Colombia to export vehicles to the larger MERCOSUR economies.