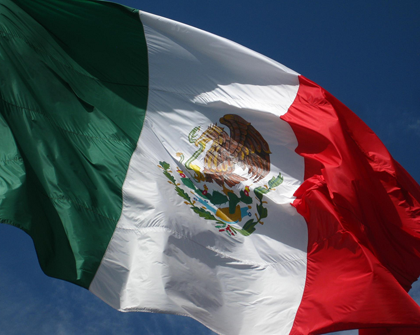 Mexico’s deputy minister of foreign trade evaluates the negotiations that are currently underway with Argentina.

As part of the second round of negotiations over Economic Complementarity Agreement (ECA) no. 6 between Argentina and Mexico, a meeting organized by Argentina–Mexico Chamber of Commerce took place on April 18, 2017, in Buenos Aires. It included a presentation from Mexico’s deputy minister of foreign trade, Juan Carlos Baker Pineda, who was accompanied by his team. The first round of negotiations took place in November 2016 in Mexico City.

Mr. Baker Pineda underlined the need to expand and deepen ECA 6, which has been in force since 1987, so as to make it into a next-generation agreement that helps consolidate trade ties between the two countries. He explained that only 38% of bilateral trade currently falls within the framework of ECA 6.

He also highlighted how the numerous visits of high-ranking government officials over the last 12 months have breathed new life into bilateral relations, based on the certainty that “Argentina and Mexico need to have closer ties.”

Another agreement that involves the two countries is ACE 55, which regulates trade between the MERCOSUR and Mexico in the automotive sector. Mr. Baker Pineda said that Mexico hopes to leave the current quota system for this sector behind and return to free trade.

He then addressed what a deepening of this agreement means.

First, it includes tariff aspects, in that some of the current preferences are still only partial and do not cover 100% of trade. He then argued that the starting point for the process of renegotiating preferences needs to be identifying what is being traded and what the levels of preference are, so as to then deepen these ties yet further.

This may also lead to the inclusion of products that are not part of the current agreement. It is worth noting that Mexico intends to include trade in the automotive sector in this negotiation package, in addition to any bilateral trade that is currently not covered by either of these agreements.

If the two countries wish to modernize the agreement in a way that reflects both of parties’ ambitions and export capacities, then disciplines that will accompany these tariff agreements need to be included. The disciplines in question should be online platforms, technical barriers to trade (TBTs), sanitary and phytosanitary measures, and intellectual property.

Mr. Baker Pineda commented that the objectives that Argentine and Mexican authorities have established for this second round of negotiations are, first, “to identify where we are with each issue, what each party’s expectations are, and to consolidate texts that reflect these.” Second, “to define the parameters” that will be used to approach negotiations for each product, such as timeframes, the sectors to be included and excluded, and what preferences will be used.

He also mentioned that Mexico is currently negotiating on several different fronts: Argentina, Brazil, the European Union, and Asia. He made particular mention of negotiations with Japan toward deepening the bilateral agreement that has been in force between the two countries since 2005.

Mr. Baker Pineda also discussed Mexico’s relations with the US. He said that Mexico is convinced that the North American Free Trade Agreement (NAFTA) has benefited all countries involved in it through the levels of trade that have been generated thanks to the elimination of tariff barriers. Mexico is undoubtedly open to discussing how to take on other countries’ unfair trade practices, how to include online platforms in NAFTA. It is also willing to add provisions on state-owned enterprises, among other aspects that may contribute to an agenda for positive debate that will build on what has already been achieved.

NAFTA has become a national good and a source of certainty, predictability, and preparedness, in that it enables all Mexican producers and business owners to understand the conditions of access to any market that Mexico has an agreement with.

Mr. Baker Pineda acknowledged that one of Mexico’s attractive aspects is its 30-year history as an open platform for international trade and he argued that it should continue along this path. He indicated that the country is seeking more platforms to join, more markets for its products, but also other places where it can obtain the goods it needs. These aims underlie the rationale for seeking new opportunities within existing agreements, such as the one that it has with Argentina.

Trade between Argentina and Mexico is relatively low (US$2.3 billion) and has been falling. However, there are major opportunities for both countries. The aim is to complete the entire negotiation process toward the end of 2017 or the beginning of 2018. How far the process goes “depends on the negotiations, but both parties want to move forward.” Mr. Baker Pineda said that the targets for disciplines should be as ambitious as those for tariffs.

He drew attention to the role of what is often known as “the room next door,” in reference to the members of the business community who accompany the government during the negotiation process. Technical consultations with the private sector shed more light on each sector’s needs and enrich the negotiating process being led by government officials.

Finally, he argued that Argentina and Mexico have a major opportunity ahead of them: that of leading the way to different possibilities that are opening up in various parts of the world. He described the active agenda that Argentina has ahead of it and the enthusiasm this is garnering in Mexico.