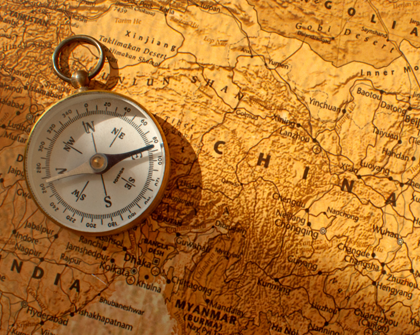 China has presented its plans to create trade corridors with Europe, Africa, and Latin America.

On May 14 and 15, 2017, the Belt and Road Forum for International Cooperation took place in Beijing. The event discussed progress on the New Silk Road initiative that China presented in 2013. It was attended by heads of government and authorities from international organizations.

The purpose of the forum was to strengthen a trade and infrastructure plan that would connect Asia better with Europe, Africa, and Latin America. Its name is a reference to the age-old sea and overland routes (link in Spanish) that connected Europe and Asia for centuries. The main areas of discussion were infrastructure, investment, economic and financial cooperation, energy resources, cultural exchange, maritime cooperation, the environment, and sustainable development.

President Xi Jinping emphatically defended free trade and guaranteed that approximately US$5 trillion would be invested in building the project, US$113 billion of which would be for infrastructure works: roads, ports, and high-speed trains. In his presentation, President Macri argued (link in Spanish) that the UNASUR, which Argentina holds the pro-tempore presidency of this year, has decided to achieve greater, more sustainable physical integration through the Initiative for the Integration of Regional Infrastructure in South America (IIRSA). “We would like to articulate the One Belt, One Road initiative with IIRSA to develop connectivity, which will be a key factor between our regions in the 21st century,” he remarked.

President Macri and President Michelle Bachelet (link in Spanish) were the only Latin American heads of state who took part in the forum. They drew attention to the joint trade initiatives that the Pacific Alliance and the MERCOSUR are currently negotiating. In her speech, Ms. Bachelet said that “Chile is ready to be a bridge country between Latin America and Asia. Chile welcomes the great effort led by China to search for new mechanisms to bring us closer together, in connectivity, innovation, and sustainable development. The breadth of the initiative and its strategic dimensions highlight its capacity to become the biggest economic cooperation project in place today.”

Over the last decade, China has become Latin America and the Caribbean’s second largest trade partner, accounting for 12.9% of trade in the region in 2014. It is the main trade partner of countries such as Brazil, Chile, and Peru. This change has been driven by the boom in the exchange of commodities for manufactured goods.