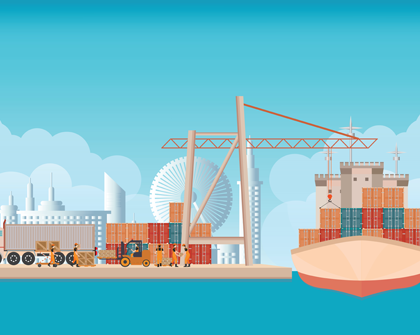 The Argentine government has formally established a unit to fully implement this system, which will be led by the Secretariat of Commerce.

The president of Argentina, Mauricio Macri, and the minister of production, Francisco Cabrera, have officially created an executive unit (link in Spanish) which will be responsible for implementing and managing Argentina’s Single Window for Foreign Trade Regime (link in Spanish) (VUCEA).

The objectives of the unit are to “increase the efficiency of formalities and paperwork related to the import, export, and transit of goods” and “unify processes, norms, regulations, and procedures to optimize the functioning of the systems involved in foreign trade.”

Likewise, to simplify and streamline procedures, the new unit will develop and encourage the use of technological modernization programmes such as the Electronic Document Management (link in Spanish) (GDE) system and the Remote Paperwork Platform (link in Spanish) (TAD).

The Argentine government has confirmed that the director of the project will be Santiago Douton, who has been an adviser at the Ministry of Production up to now. The initiative will receive financial support from the Inter-American Development Bank (IDB). Other countries that have implemented similar trade facilitation systems have reduced delays in exports and imports by more than 15%.