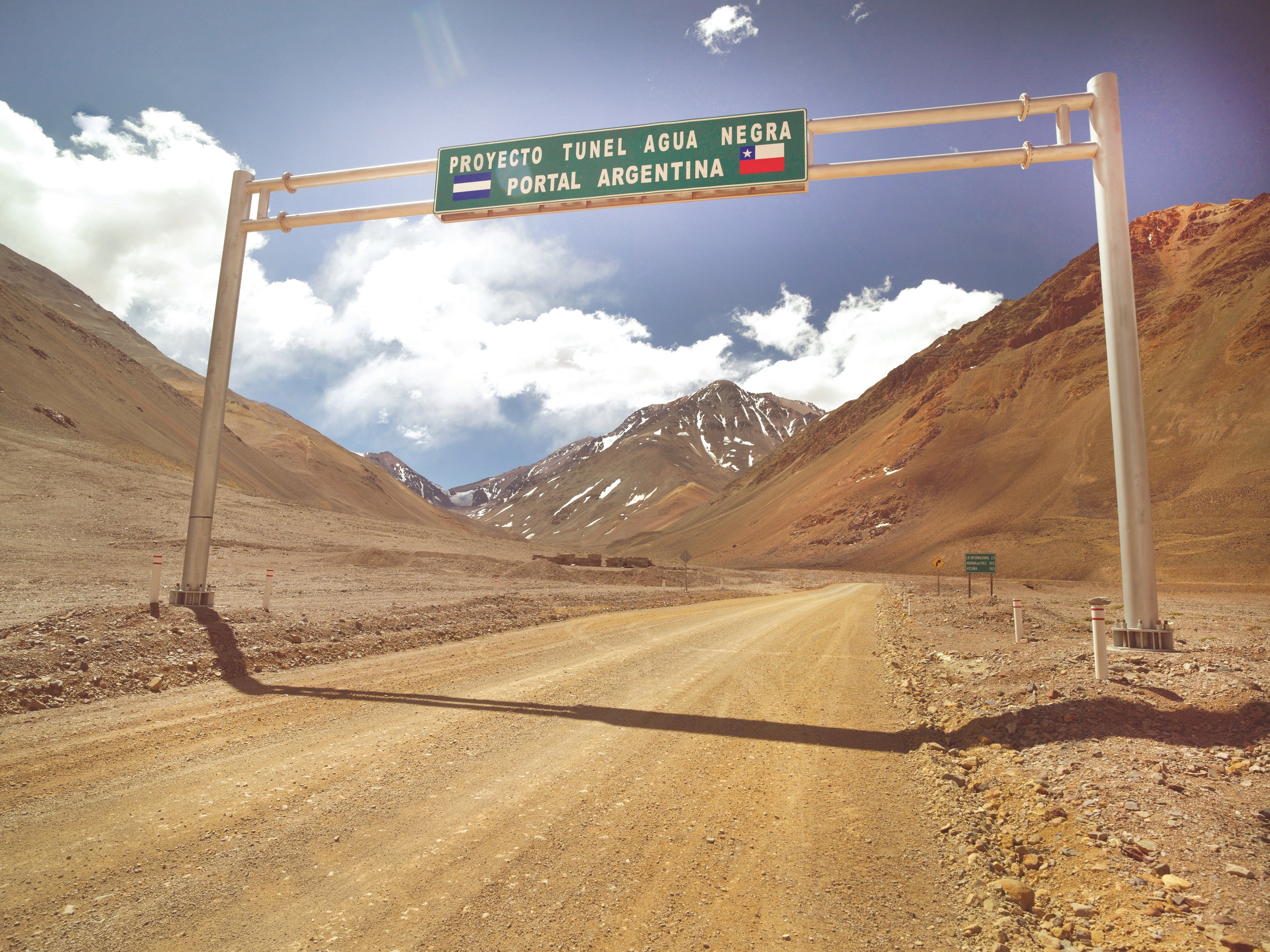 The Agua Negra Binational Tunnel Is Becoming a Reality

Work on the longest tunnel in Latin America is expected to be put out to tender in November 2018. This infrastructure project is one of the main ones currently being developed in South America and is part of the COSIPLAN Project Portfolio.

May 2017 was the final deadline for the companies interested in designing and building the Agua Negra Tunnel to submit their background information. The tunnel which will join Chile’s Coquimbo region with San Juan province in Argentina. A total of 10 international consortia have applied, made up of 29 firms from countries including China, Italy, Spain, Argentina, and Chile.

In the course of 2017, the companies that qualify for this stage will be called on to present their project and construction proposals, the deadline for which will be May 2018. EBITAN estimates that the contract for the project will be awarded in November 2018 and signed in December 2018. The company that is awarded the tender will design the executive project, which will entail approximately one year of work.

It is estimated that the building work will cost approximately US$1.6 billion, which the Inter-American Development Bank (IDB) has committed to financing through a loan which will be divided between the two countries proportionately to the surface area affected: 72% will correspond to the Republic of Argentina and 28% to the Republic of Chile.

This project was first tabled in 1996. Bringing it to fruition will be a great source of impetus for the bioceanic corridor project, which seeks to connect the geographical center of Argentina with the port of Coquimbo in Chile, on the Pacific Ocean, and the port of Porto Alegre in Brazil, on the Atlantic.

The Agua Negra International Border Crossing is one of 26 binational border crossings included in the joint priority investment program that was agreed on as part of the Maipú Integration and Cooperation Treaty, which was ratified in 2014. The border crossing is at 4765 meters above sea level on the border between Chile and Argentina. It links the cities of San José de Jáchal, in Argentina’s San Juan province, and Vicuña, in the Coquimbo region, Chile.

As the current road is not suitable for freight transportation and is only open to passenger traffic between November and early April, the international border crossing is closed for seven months of the year. The binational tunnel is being planned to solve this problem.

The tunnel will descend from the high point to 3620 meters above sea level at the entrance on the Chilean side and 4085 meters on the Argentinian side. The technical solution was designed by professionals with extensive international experience in carrying out feasibility studies and building long-distance tunnels. The project is made up of two main tunnels, one for traffic in each direction, and will bring the length of the road between the two countries down to 44 km. The two tunnels will run semiparallel along a distance of approximately 13.9 kilometers and will be fitted with a ventilation system that will ensure adequate safety conditions during operations, even in the event of a fire.

The aim of the project is to improve the physical connectivity between Argentina and Chile by complementing the Cristo Redentor Border Crossing, especially when there is heavy traffic or this is temporarily closed due to winter storms. The tunnel will also bolster international trade, binational mining products, and tourism development.

The tunnel is part of Project Group 4 in the COSIPLAN Project Portfolio MERCOSUR–Chile Hub. In 2011, it was included in the COSIPLAN Integration Priority Project Agenda (API) due to its role in consolidating a regional physical connectivity network. In 2014, Argentina and Chile asked for support from the COSIPLAN CCT to draft a Territorial Integration Program (PTI) in connection with the tunnel. The process began that same year and was completed in December 2015. The two countries are currently working toward implementing priority actions to build on the benefits of the tunnel and mitigate negative impacts.