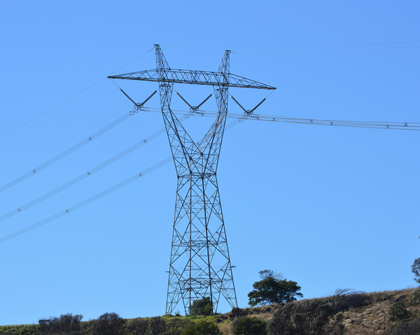 One of the COSIPLAN priority projects for energy integration in Latin America and the Caribbean is due to be completed in 2018. The objective of these projects is to improve the distribution of energy generated by the hydroelectric power stations that Paraguay operates in partnership with Argentina and Brazil.

Paraguay is close to completing a major project to improve electrical distribution within its borders and over the border into Argentina. An estimated US$852 million has been invested in the project, which consists of two 500-KV transmission lines to connect the town of Villa Hayes, near Asunción, with the Itaipú and Yacyretá (link in Spanish) hydroelectric power stations.

This project is part of the Integration Priority Project Agenda (API) organized by the UNASUR’s South American Infrastructure and Planning Council (COSIPLAN). Its inclusion in the API is a testimony to its importance to regional integration, which is reinforced by its being one of the only two energy-sector projects in the API (the remaining 29 are from the transportation sector).

This API project is made up of two projects that seek to improve the quality and reliability of the electricity supply in the area, solving the problem of low voltage and the high rate of energy loss during transmission, which can reach 10% during peak hours.

Not only will these two transmission lines substantially improve Paraguay’s energy security, they will also increase trade in energy with Argentina through the existing 200-KV connection between Clorinda, in Argentina, and Gurambaré, in Paraguay. In addition to physical construction work, the project includes a set of regulatory initiatives.

The interconnection work between Itaipú and Villa Hayes was completed in October 2013 and was financed by FOCEM and public funds from Paraguay for a total investment of US$555 million. It is estimated that the Yacyretá project will be concluded in May 2018, following an estimated investment of US$297 million, financed by the Inter-American Development Bank (IDB), the Development Bank of Latin America (CAF), the European Investment Bank, the European Union, and matching funds from Paraguay’s National Electricity Administration[i].

These two binational hydroelectric power stations—Itaipú, on the border between Paraguay and Brazil, and Yacyretá, on the border between Paraguay and Argentina—are examples of energy integration. In addition to committing to building and operating these power stations, the countries agreed to distribute the energy they would generate according to their different needs.

The Itaipú station is the largest hydroelectric energy producer in the world, having outperformed even the Three Gorges Dam in China over the last two years, which is the world’s largest dam in terms of installed capacity. Itaipú has been producing more energy due to the size of the Paraná River, which ranks seventh in the world in terms of its flow, and the fact that the region’s subtropical climate means that the river never freezes.

The more than 100 million MW per hour that Itaipú produces cover approximately 17% of the needs of Brazil’s interconnected system and 76% of Paraguay’s.

Meanwhile, Argentina consumes 87% (link in Spanish) of the 21 million MW generated per hour (link in Spanish) at the Yacyretá station. This is equivalent to 13% of the demand from the Argentine Electrical Interconnection System (SADI).

Although the amount of energy produced by Yacyretá seem small in comparison with Itaipú, it is worth remembering that there are 69 power stations within Argentina, and Yacyretá provides nearly 50% of the country’s hydroelectric energy. Other stations that come close to producing half of its output are Salto Grande, which is shared with Uruguay, and Piedra del Águila, on the border between Neuquén and Río Negro provinces.

In this sense, Paraguay is in a privileged position as it is involved in both the Itaipú and Yacyretá power stations. Its energy surplus makes it the main electricity exporter in the region, and Brazil and Argentina are its main buyers. Paraguay’s energy surplus is equivalent to 30 times what its industrial sector consumes.

Figure 1: 2016, Record Highs for Electricity Generation at the Power Stations Involved in the API Project.

Source: Prepared in-house based on information provided by the binational hydroelectric power stations.

Figure 2: Distribution of Energy Produced at Itaipú and its Relative Importance in the Two Countries’ Interconnected Systems.

Figure 3: Distribution of Energy Produced at Yacyretá and its Relative Importance in the Two Countries’ Interconnected Systems.