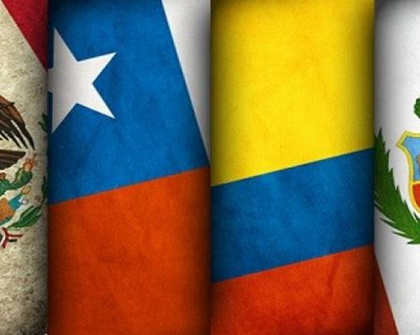 The announcement came at the 12th Pacific Alliance Summit. The bloc is seeking to expand its markets and has established bilateral agreements that will connect it with the Asia-Pacific.

The presidents of the Pacific Alliance (PA) member countries ended the bloc’s 12th Summit (link in Spanish) by signing the Cali Declaration (link in Spanish), in which they expressed their satisfaction over the start of negotiations that will give Australia, Canada, New Zealand, and Singapore associate member status, as had been anticipated at the High-Level Dialogue on Integration Initiatives in the Asia-Pacific: Challenges and Opportunities, which was held in Chile in March 2017. The PA is seeking new markets in the Asia-Pacific region through initiatives of this type. Within Latin America, Panama (link in Spanish), Uruguay (link in Spanish), and Paraguay have also requested admission as associate member states.

“Associate member status will allow the Pacific Alliance to negotiate with countries that have been experiencing significant growth. This will open up a range of opportunities for Chile, Colombia, Mexico, and Peru, and will help consolidate the regional integration process that we are engaged in,” said Peru’s minister of foreign trade and tourism, Eduardo Ferreyros.

In the Cali Declaration, the presidents of the PA member countries also committed to strengthening regional integration and trade and attracting more investment. In connection with this, the president of Colombia, Juan Manuel Santos, said that countries that wish to reach an agreement with PA are demanding legal stability and fiscal and economic stimuli of the bloc, so decisions are being made to guarantee these conditions and promote negotiations.

The president of Peru, Pedro Pablo Kuczynski, stressed that to encourage investment, “prospects of growth are key. (…) We need to grow more, develop more, and that is why we are welcoming these countries,” he concluded, in reference to the four new associate members.

Since being established in 2011, the Pacific Alliance has become the tenth-largest economy in the world and the seventh-largest exporter. In 2016, the bloc represented 35% of gross domestic product (GDP) in Latin America and the Caribbean and 57% of the region’s total trade. In 2015, it attracted 41% of the region’s foreign direct investment.