Windows of Opportunity: Facilitating Trade with Blockchain Technology
Autores: Radl, Alejandra; Corcuera-Santamaría, Sandra; Cano, Lorena; Fan, Ziyang; Lin, Jesse; Suominen, Kati
Fecha: December 2019
Descarga: English
The Fourth Industrial Revolution, driven by rapid technological change and digitization, is having a profound impact on global trade. By applying innovative new technologies to trade, “TradeTech” promises to increase efficiency, drive economic development and grow inclusivity. However, challenges and uncertainties remain on the policy governance of TradeTech. Public-private partnerships are needed to maximize the benefits and mitigate the potential downsides of applying new technologies to global trade. Building on global developments and aspirations for TradeTech, the World Economic Forums Centre for the Fourth Industrial Revolution, through its Digital Trade team, collaborated with the Inter-American Development Bank (IDB) to launch a new project. This project aims to guide public-sector stakeholders to make informed decisions about using emerging technologies to facilitate trade, drive economic development and improve competitiveness particularly in the case of blockchain deployment in trade single windows. Given its prioritization of emerging technologies and having worked closely with Latin American and Caribbean (LAC) governments, the IDB has valuable experience and knowledge to help co-design and shape the trade agenda. Within trade facilitation, trade single windows serve as the single electronic point for exporters and importers to submit regulatory and commercial documents to respective government ministries and agencies. However, promises of increased efficiency are hindered by pain points and challenges, such as the lack of interoperability among agencies, persistence of outdated processes and limited visibility and traceability of shipped goods. By exploring the application of new technology blockchain in the trade single windows network, this White Paper outlines the current obstacles governments face in implementing and maintaining single windows, and the potential for blockchain to address those issues while understanding the experimental nature of the technology.
The opinions expressed in this publication are those of the authors and do not necessarily reflect the views of the Inter-American Development Bank, its Board of Directors, or the countries they represent. 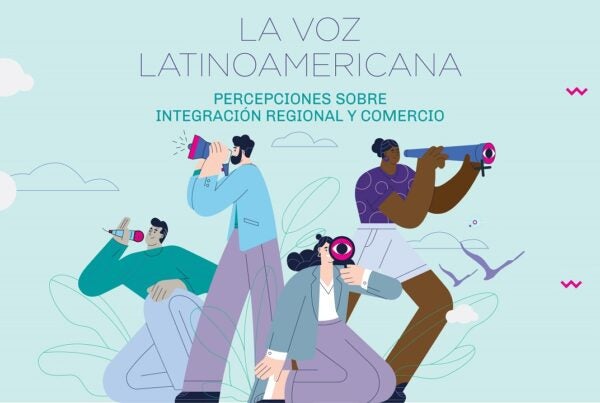