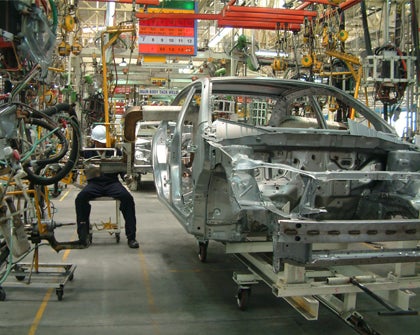 The two largest economies in Latin America took part in the first round of negotiations to extend Economic Complementarity Agreement (ECA) No. 53.

The first round (in Spanish) of negotiations between Brazil and Mexico took place from November 10 to 12, 2015, in Mexico City, with the aim of expanding and deepening Economic Complementarity Agreement No. 53. This agreement, which has been in force since 2003, includes reciprocal tariff preferences of between 20% and 100% and tariff-rate quotas for almost 800 products, including chemicals, transportation equipment, non-food and non-fuel commodities, and other manufactures.

The two countries are seeking to expand the scope of the agreement to include agricultural and industrial products, expand existing preferences, and include new issues. During this first round, talks focused on topics such as market access, rules of origin, trade facilitation, services, investments, sanitary and phytosanitary measures, technical barriers to trade, government procurement, intellectual property, trade remedies, safeguards, and regulatory consistency. It is expected that the first exchange of offers will take place in December, and that these will be discussed during the second round of negotiations in February 2016.

In addition to ECA 53, both countries have two other agreements within the Latin American Integration Association (LAIA): ECA 54, which establishes a framework for the creation of a free trade area between Mexico and the MERCOSUR, and ECA 55, also in force since 2003, which lays the groundwork for the liberalization of trade in the automotive sector (cars; light commercial vehicles; chassis with engines; cabs and bodies for these vehicles; trucks and chassis; tractors; harvesting machinery; self-propelled agricultural and road machinery; and autoparts) between MERCOSUR members and Mexico. Preferences in this sector have been agreed on bilaterally. Similarly, Brazil and Mexico signed a Cooperation and Investment Facilitation Agreement (CIFA) this year.

Brazil and Mexico are the two largest economies in Latin America, and together account for 62.3% of the region’s gross domestic product, 52.4% of its population, and 59.8% of its exports. However, the share of each country in the other’s trade is less than 2%. Until the 2009 financial crisis, Brazil had run a bilateral trade surplus with Mexico, but the situation has reversed since then. In addition, bilateral flows have contracted over the past few years. Between January and October 2015, exports from Brazil to Mexico fell 1.6% y-o-y, while exports from Mexico to Brazil fell by 17.2% (Figure 1).

Figure 1. Trade between Brazil and Mexico

In the framework of ECA 55, automotive industry products stand out among exports from each country to the other. In sales from Brazil to Mexico, other prominent products include coffee, products of the iron and steel industry, cell phones, some chemicals, and woods, whereas in Mexican exports to Brazil, certain chemicals, gasolines, and television sets are among the most important products.