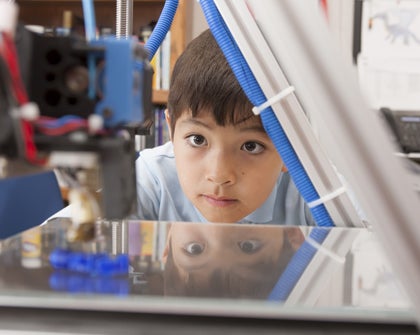 Technological change at the global level is transforming labor markets throughout the world. Latin America and the Caribbean (LAC) is no exception, and this was the subject of much debate at INTAL50.

As a result of automation, some occupations will gradually disappear in coming years[ERROR EN ORIGINAL: Se repite el concepto de automatización (Con la automatización de tareas, algunas ocupaciones desaparecerán progresivamente debido a la automatización)], opportunities will increase for other existing activities, while yet other new ones will be created. The future of employment was one of the core themes at INTAL50, the main event to mark INTAL’s 50th anniversary.

In fact, the impact of these changes reaches beyond the labor market—different countries’ international integration patterns could even be modified by them.

Technological development is making it possible for computers not only to carry out routine tasks and complex calculations, but also to perform non-repetitive activities based on big data analysis. Some examples of this are Watson, the computer designed by IBM that examines information from cancer patients and suggests the most appropriate treatment according to stored empirical data; Google Translate, which automatically translates documents; or Google’s self-driving car.

Historically, technological change has replaced jobs, but it has also created more jobs than it has replaced. The latest innovations are having a polarizing effect, in which demand is shrinking for repetitive occupations with relatively low wages, but growing for skilled workers, whose wages are higher. This phenomenon is widespread at the global level, with the exception of China, where the demand for unskilled labor continues to grow.

In spite of increasing automation, human abilities still surpass those of computers in areas like creativity, social intelligence, perception, and manipulation.

Frey and Osbourne (2013) estimated the likelihood of automation for more than 700 occupations based on data from the United States. Their calculations show that the probability of jobs being replaced by computers varies greatly from one activity to another, but the most vulnerable are low-skilled roles in the manufacturing, mining, and service industries, such as back office work, logistics, trade, transportation, storage, and construction, among others. At the other end of the spectrum, there is less probability of jobs being replaced by a computer in fields that require higher education in areas such as computer engineering, financial services, etc. As new tasks emerge, opportunities will increase for computer engineers, network administrators, logistics experts, etc. Likewise, it is expected that “skilled cities” will develop, with positive externalities arising from the geographical agglomeration of the most dynamic sectors.

This context poses significant challenges for Latin America and the Caribbean, since a major share of its exports are concentrated in low-skill activities that are at risk of automation, such as labor-intensive manufacturing, the extraction of some natural resources, and services such as call centers and accounting, legal, or management services, among others. For this reason, the region should promote quality education with an emphasis on the skills that will be needed in the future, while encouraging research and development to increase productivity.

This is crucial not only if the region is to adapt to the changes taking place in the labor market, but also to reduce its high levels of inequality.

Frey, C. and Osbourne, M. 2013. “The Future of Employment: How Susceptible are Jobs to Computerisation?” Oxford: Oxford University Press.