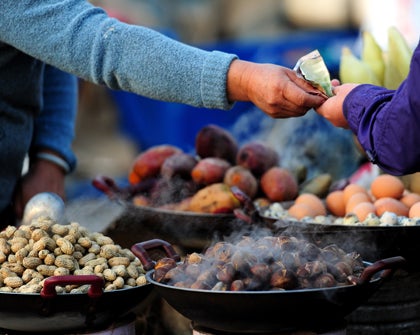 Commodity Prices Have an Effect on Social Conflicts

Variations in export commodity prices have an impact on social conflicts. What the transfer mechanisms are. An analysis for the case of Colombia.

In their interesting, detailed study, Dube and Vargas (2012) evaluate the income effect[1] derived from variations in export product prices on social conflict in Colombia and single out two types of effect. On the one hand, an increase in prices can bring about an “opportunity cost effect,” in the sense that the consequent improvement in the labor market and rise in wages tends to reduce the incentive to appropriate resources by violent means. On the other hand, the authors define a “predation effect” that captures the fact that the increase in income that derives from the price hike can prove to be an incentive for the appropriation of additional resources through violence. In particular, the study aims to estimate the effect of changes in the price of coffee, oil, and other products on violence and civil unrest in Colombia between 1998 and 2005.

The study links variations in the prices of agricultural, energy, and mining products from a total of 950 municipalities with data on four measures of conflict: guerrilla attacks, paramilitary attacks, conflicts, and war-related casualties.

The methodology consisted of constructing fixed effects by municipality so as to control for those features that are not modified over time in each municipality, which could then be correlated with economic variables and armed conflict. Furthermore, production variables were instrumented with exogenous variables such as temperature and rainfall for agricultural products; coal reserves; and historical measures of gold production.

A difference-in-differences estimation was constructed, so as to evaluate the effect of changes in prices on violence in the different municipalities in question.

The study found that a decrease in the price of coffee in the 1990s led to reduced wages and an increase in violence in coffee-growing municipalities, as a result of the lower opportunity cost of joining in the armed conflict. On the other hand, rising oil prices increased the income of municipalities through taxation, although violence also grew in oil-producing municipalities. The study then turned to other products, and found an opportunity cost effect for sugar, banana, palm, and tobacco, and a predation effect for goods such as coal and gold.

Among the study’s more noteworthy conclusions are certain policy implications, such minimum price schemes for certain products, which would reduce the probability of armed conflict, as well as the need to increase security in municipalities that derive higher levels of tax revenue from the effect of commodity prices.

The value of the study lies in its rigorous measurement of the heterogeneous impacts that an income effect derived from changes in export prices can have on social conflict.

[1] Income effect can be positive or negative depending on whether there is a rise or fall in export prices.