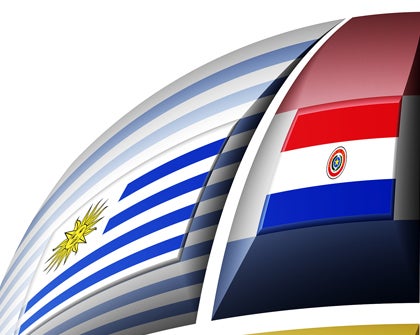 MERCOSUR’s smaller members agreed to the creation of a system of payments in local currency similar to that already agreed upon bilaterally by Uruguay, Argentina, and Brazil.

On October 23, the Central Banks of Paraguay and Uruguay signed an agreement (in Spanish) to create a local currency payment system (SML), whereby the natural and legal persons that carry out transactions of any kind between the two countries can make and receive payments in their respective currencies. The aim of this measure is to reduce transaction processing times and the costs that arise from the use of a third currency, as well as to enhance financial inclusion. This mechanism shall enter into force once it is regulated.

The SML between Paraguay and Uruguay was agreed on in the framework of Decision No. 25/07 of the MERCOSUR Common Market Council (CMC), which created it as an optional and supplementary payment system to those currently in place. This SML will be governed by bilateral agreements between member countries.

This is the first agreement that establishes payments in local currency that Paraguay has signed with its fellow MERCOSUR members. Uruguay launched an SML with Brazil in December 2014, and later signed an agreement to create a similar mechanism with Argentina in June 2015. Likewise, the SML between Argentina and Brazil has been in operation since October 2008, although its use has been limited in terms of both the number of transactions and the amounts of currency involved.