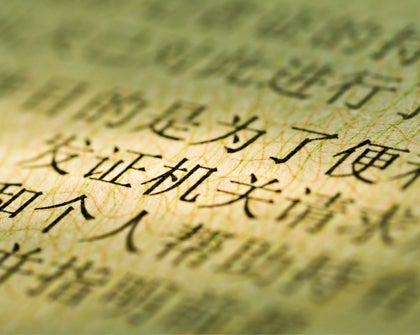 Latin America’s Economic Relations with China: a Vision for the Future

In the presence of the Chinese ambassador to Argentina, the government officials responsible for the Free Trade Agreements (FTAs) between China and Peru, Chile, and Costa Rica gave their accounts of the negotiation process.

The seminar “The economic relations between China and Latin America and the Caribbean: a prospective vision” was held on November 11, 2015, at the INTAL-Lab. The event had a high-profile agenda and was attended by senior government officials, negotiators, and academics. Those present heard talks from three officials from the countries in the region that have negotiated Free Trade Agreements (FTAs) with China—Peru, Chile, and Costa Rica—and exchanged experiences with them.

In his words of welcome, Gustavo Beliz (Director of IDB/INTAL) emphasized strategic linkages and the complementarity between the economies of Latin America and the Caribbean (LAC) and China.

For his part, Xu Jianjun (Office of Strategic Alliances/IDB), highlighted the activities and initiatives undertaken by the IDB since China became part of the organization in 2009. These have promoted linkages and integration between LAC and China, mainly through financial and knowledge-related cooperation.

Florisvaldo Fier (High Representative-General of the MERCOSUR) reflected on the MERCOSUR’s international integration strategy and the potential of the New Development Bank BRICS. Yang Wanming (Chinese Ambassador to Argentina) described the current and future linkages between China and LAC, emphasizing trade relations, cooperation, investment, and communication between think tanks, universities, and the media, so as to join forces and bring together ideas from both geographical areas.

Next came the presentation from Ju Jiandong (Shanghai University of Finance and Economics) on the major reform that is taking place in China’s financial sector, the exchange rate regime, and the capital market. Professor Ju stressed the importance of the sequencing of reforms and of imposing a progressive tax on capital flows to prevent financial crises from occurring.

The first panel on China’s relations with LAC in the context of economic slowdown was moderated by Ricardo Rozemberg (UNSAM), and included presentations from Guo Jie (Peking University) and Mauricio Mesquita Moreira (IDB/INT).

The second panel, which focused on the MERCOSUR’s relationship with China, included a presentation from Alejandro Ramos Martínez (in Spanish) (IDB/INTAL) on the MERCOSUR Report No. 20 (2014–2015) (in Spanish), which includes a special chapter on the linkages between MERCOSUR countries and China. This presentation was followed by some remarks from Felix Peña (ICBC Foundation and UNTREF).

The third panel was a regional discussion on LAC’s free trade agreements (FTAs) with China, moderated by Mauricio Mesquita Moreira (IDB), with the participation of Renato Baumann (IPEA Brazil), Eduardo Ferreyros Kueppers (in Spanish) (Former Minister of Foreign Trade and Tourism of Peru), Marco Vinicio Ruiz (in Spanish) (Former Minister of Foreign Trade of Costa Rica) and Andrés Rebolledo Smitsman (DIRECO Chile). Eduardo Ferreyros Kueppers compared the different FTAs, while the other three speakers shared the most important lessons their countries had learned from negotiations over the FTAs that their countries had signed with China. They also emphasized the peculiarities that set this process apart from their experiences in negotiating with other countries.