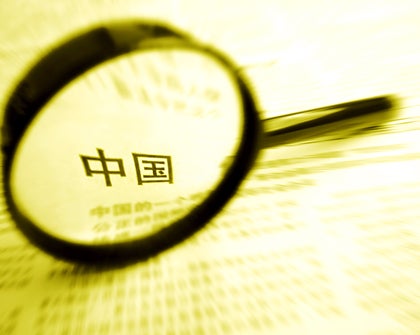 LAC and China in the Wake of the Commodity Boom

The decline in the prices of primary goods and the slowdown in the Chinese economy will have an impact on the region. How to face the challenge of diversifying exports to Asia.

Leading international experts reconsidered the relationship between Latin America and the Caribbean and China in the context of low commodity prices. The seminar The economic relations between China and Latin America and the Caribbean: a prospective vision (see agenda) was the ideal context in which to analyze different aspects of cooperation and ways of strengthening relations that are based on trade rather than aid or financial assistance.

The first panel was moderated by Ricardo Rozemberg (National University of General San Martín). It began with a presentation from Guo Jie (Peking University), who pointed out the trade and investment linkages between China and LAC and the recent slowdown in GDP growth and trade in both places as a path towards more sustainable growth. On the one hand, she stressed the growth in non-traditional exports from some LAC countries to China, such as agro-industrial products and foods with higher levels of processing. On the other hand, she showed the diversification of Chinese investment in the region in the automotive sector, agriculture, renewable energies, and e-commerce, among others. In this regard, she emphasized that FDI is not only targeting natural resources but is also seeking markets, reductions in production and logistics costs, and increased competitiveness. Dr Guo explained the framework for China’s 1+3+6 alliance with LAC, which is based on one plan, the China–Latin American Countries and Caribbean States Cooperation Plan (2015–2019); three engines (trade, investment, and financial cooperation); and six fields, promoting integration between the two in energy and resources, infrastructure construction, agriculture, industry, scientific and technological innovation, and information technologies.

Furthermore, she noted the various loans and funds for investment and cooperation with LAC and expressed her support for these programs and initiatives, especially in infrastructure and tourism, where many opportunities lie.

Mauricio Mesquita Moreira (IDB/INT) reviewed the past 15 years of China–LAC relations, stressing the inter-industry nature of trade flows and the different impacts on subregions: while some South American countries have a trade surplus, Central American and Caribbean countries have a deficit. He described how FDI arrived in the region towards the end of the boom and concentrated first on natural resources and infrastructure in connection with those resources. He also pointed to the increase in loans focusing on the Southern Cone in exchange for natural resources.

Dr Mesquita Moreira argued that the current slowdown can be explained by a cyclical adjustment, as China will continue to demand large quantities of natural resources, as is shown by the growth in the volume of commodity imports. Looking to the future, a change in the pattern of trade is not to be expected, and the region needs to generate trade policy responses in order to diversify exports and negotiate the entry of products with higher degrees of processing. There is plenty of room for negotiation in relation to tariffs on agricultural products in China, while LAC has imposed barriers on Chinese manufactured goods. Furthermore, China grants neighboring countries tariff preferences for agricultural and manufactured goods to generate productive complementarity, which has a negative effect on the region’s exports. Dr Mesquita Moreira noted that what is needed is not assistance from China, but rather access to markets so as to take advantage of opportunities to export more sophisticated products (trade, not aid). He also pointed to the need to understand sanitary and phytosanitary barriers and approve export agencies.

The Context of a Global Trade Slump

The second panel focused on the MERCOSUR’s relations with China and included the presentation by Alejandro Ramos Martínez (in Spanish) (IDB/INTAL) of the MERCOSUR Report No. 20 (2014–2015) (in Spanish). The study highlights the asynchrony between the recovery in global activity levels and the slump in global trade since mid-2014, the result of deflationary pressure that is partly due to the appreciation of the US dollar. The international context affected activity levels and trade in MERCOSUR countries, with the exception of Bolivia. Ramos Martínez emphasized some modest advances in the internal agenda, such as extensions to the systems of exceptions and to FOCEM for a period of 10 years. He also noted how frictions in bilateral trade have been soothed, and observed the extension of the automotive sector agreement. The MERCOSUR’s external agenda has been developed in a context of paralysis in multilateralism and mega-agreements. No significant progress has been made on negotiations between the MERCOSUR and the EU, although there is an action plan for a convergence of the MERCOSUR and the Pacific Alliance. The report includes a special chapter on the bloc’s linkages with China and highlights the existence of complementarities and asymmetries. On the one hand, Mr Ramos Martínez discussed China’s trade policy, which is characterized by an MFN tariff of 9% on average and 15% for agricultural products, which leaves room for negotiation. On the other hand, he noted the trade defense measures taken by Argentina and Brazil, especially in the manufacturing sector. He also drew attention to the transition from regional dialog (1997–2004) to bilateralism. Finally, he highlighted certain milestones in relations between China and the MERCOSUR countries. His presentation concluded by dwelling on the need for special regional agreements between the two parties that try to take advantage of their complementarities and provide governance for their asymmetries.

After this presentation, Félix Peña (ICBC Foundation and National University of Tres de Febrero) remarked on the great need for an international integration strategy for the MERCOSUR. In 2012, China raised the possibility of a feasibility study for an FTA with the MERCOSUR. However this did not go ahead due to the fear it might lead to a “primarization” of MERCOSUR economies and a deterioration of the manufacturing sector. However, Dr Peña stressed that China’s FTAs are not a one-size-fits-all solution, but rather than each is constructed on the basis of a balance of interests while respecting international rules such as the General Agreement on Tariffs and Trade (GATT) and the entailing ambiguities. In this sense, China’s agreements are made-to-measure. Although this may seem to be an advantage, it actually poses a major complication because it implies that both the public and private sectors must first have a clear idea of what they want and what is actually possible. Regarding the possibility of a new stage in negotiations with China, he pointed out that this might reach beyond the MERCOSUR. He underlined the fact that China is a single country, while LAC is made up of many countries with relatively limited articulation between them. As such, the main thing is to define how to achieve this articulation while avoiding inflexible formulas. In this regard, he mentioned the idea of convergence in a context of diversity so as to build networks between countries on the Pacific and those on the Atlantic, but without the rigidity of blocs. For example, the PA–MERCOSUR agenda might include an FTA with China that would capitalize on existing agreements with the addition of new topics such as physical connectivity with trade and production.

Dr Peña concluded by saying that when one country takes the initiative, there is always the possibility of responding: the members of the PA and the MERCOSUR could put forward a feasibility study for an FTA without specifying a time frame for this.