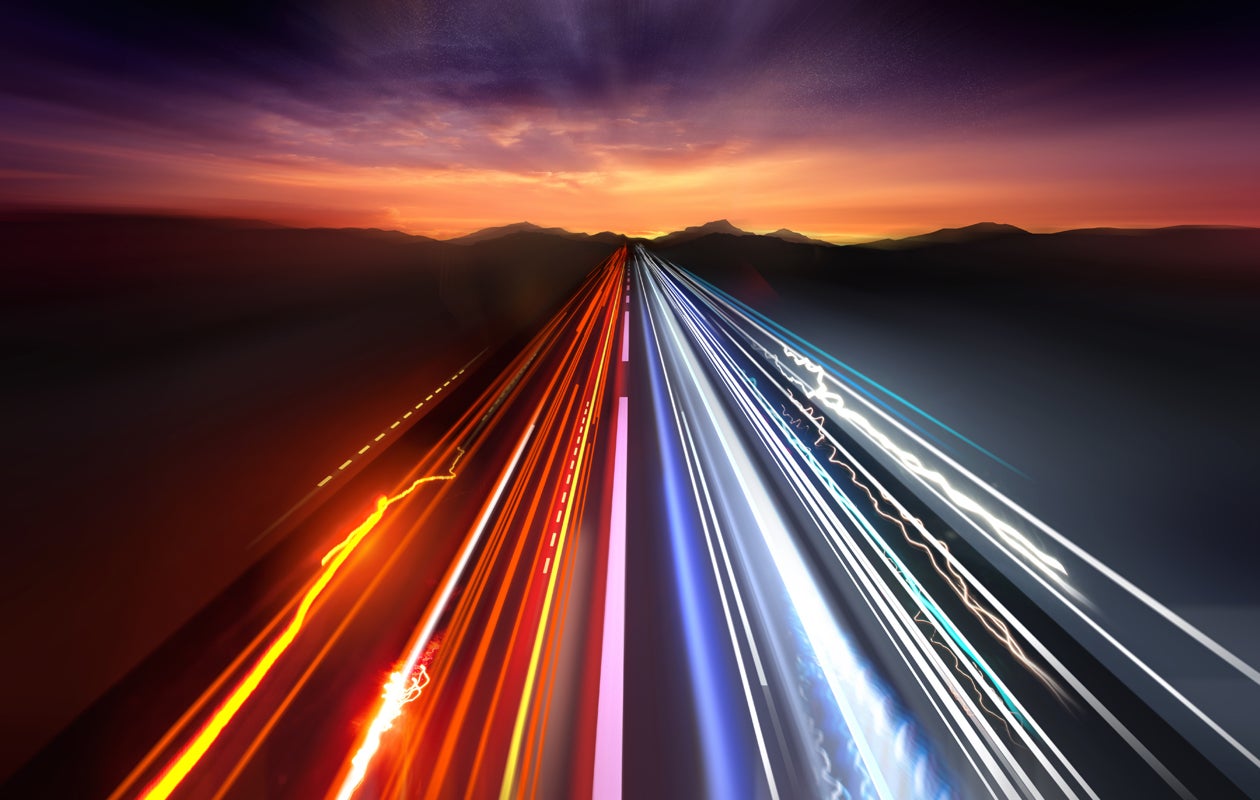 Latin America’s physical integration is vital to its development. Logistics, transportation, and energy, air, and rail integration are some of the areas that make up the 593 projects in the COSIPLAN-IIRSA Project Portfolio. The main advances in regional infrastructure in 2015.

Ministers from South America reiterated the importance of regional infrastructure integration as an indispensable platform for ensuring that resources are used efficiently and that all countries develop harmoniously.

Since 2010, the UNASUR’s South American Infrastructure and Planning Council (COSIPLAN) has faced the challenge of planning and implementing integration infrastructure as part of its commitment to the social, economic, and environmental development of the region. To achieve this aim, the twelve countries involved have been working towards the Strategic Action Plan (PAE) 2012–2022 by implementing a series of actions and activities that are part of their annual work plans.

Major progress was made on the PAE in 2015, including the validation of a portfolio of 593 transportation, energy, and communications projects with an estimated investment of more than US$ 180 billion, and an Integration Priority Project Agenda (API) of 31 structured projects that will consolidate physical connectivity networks at the regional level.

During their annual meeting, the COSIPLAN ministers placed particular importance on the development of the Agua Negra Binational Tunnel Integration Territorial Program between Argentina and Chile, which defines the two countries’ integration strategies for the region; the fact that 40 public officials were trained in Freight Transportation and Logistics; and the implementation of the COSIPLAN Geographic Information System (GIS), which is the first time that georeferenced information on South America has been consolidated in a single open-access tool.

For the first time, the countries held virtual meetings for the Executive Technical Groups to Update the COSIPLAN and API Project Portfolios. Meetings were convened for each Integration and Development Hub and took place via videoconferencing. As part of this work, the countries in question have updated the COSIPLAN Project Information System, such that 71.5% of projects (424 of 593) have now been brought up to date for 2015.

Integration Priority Project Agenda (API). According to the API Progress Report 2015 (in Spanish), the API currently includes 31 structured projects made up of 103 individual projects, for an estimated investment of US$ 21.14 billion.

Methodologies and Tools for Territorial Planning

Territorial Integration Programs (PTI). Argentina and Chile finished drawing up the PTI for the Agua Negra Binational Tunnel API, which is included in the Master Plan for Priority Border Crossings at the bilateral level. The Second Binational Workshop was held in La Serena on March 18 and 19, 2015, at which the results of the Integrated Diagnostic Study were presented; the Strategic Axes for the PTI were defined; participatory activities were scheduled; and the first actions to be included in the PTI were identified. Strategic analysis work then began, the aim of which was to create an advance assessment of the opportunities and constraints associated with locating the tunnel in this area. As part of this work, regional workshops and focus group meetings were held, which allowed those involved to identify the plans, programs, and projects that will form part of the PTI.

Finally, the PTI Action Plan was developed, which contains the PTI plans, programs, and projects—organized according to Strategic Core Areas and Transversal Factors—to be implemented during the first phase of the Action Plan. The closing activity for this process was the Final Binational Workshop (Buenos Aires, November 18–19, 2015), where the PTI and Action Plan were completed, and the next steps for their implementation and monitoring were defined.

Under Chile’s coordination, the pilot application of DRM methodology was launched for Project Group 5 of the Central Interoceanic Hub. To this end, a Regional Monitoring Group was created, made up of point people from Chile and Peru and IDB representatives. The work took place in two phases: (i) the identification of integration infrastructure in exposed areas; and (ii) disaster risk analysis.

As a result, two infrastructure components were selected for each country: Arica Airport and the Port of Arica in Chile, and Tacna Airport and the Port of Matarani in Peru. A consortium made up of two consulting firms, Evaluación de Riesgos Naturales (ERN, Mexico) and Ruben Boroschek (RBA, Chile), has been conducting a probabilistic risk assessment since October 2015 in order to evaluate current vulnerability to risks related to seismic activity and tsunamis, and to identify possible risk reduction measures for these infrastructure components. The assessment is expected to be completed by February 2016.

COSIPLAN Geographic Information System (in Spanish). Under Argentina’s coordination, the Working Group completed the development and implementation process for the COSIPLAN GIS, which included integrating, editing, and publishing georeferenced information. This work was carried out with the assistance of the UNASUR Common Initiatives Fund (FIC), on the basis of a participatory methodology that included work by individual countries and group work via videoconferencing, as well as three live workshops.

The outputs obtained as a result of this process are: (i) a set of 21 initial thematic layers, which form the core of the COSIPLAN GIS. The most useful aspect of these layers is that they can be used intensively and integrated into other datasets and that spatial analysis processes can be applied to them; (ii) the Content Manager System, which enables spatial information to be accessed. In the first stage of development of the GIS, information will be provided in Shapefile format, and each of the 21 thematic layers will be compressed; (iii) metadata, available in PDF format; and (iv) complete documentation of the COSIPLAN GIS: catalog of features, data dictionary, topological rules, metadata profile, system documentation, and an instruction manual and user guide.

Peru coordinated the development and implementation of the virtual course entitled “Training Program in the Making and Management of Freight Transportation and Logistics Policies” for government officials. This program was supported by the Inter-American Development Bank (IDB). COSIPLAN played an active role in the design process, which was coordinated at the national level by Peru’s Ministry of Transportation and Communications.

The aim of the program is to train officials from the various public-sector agencies in UNASUR countries that are involved in the making of public policies, plans, programs, and projects in the freight logistics sector. The course is virtual and takes place via a telematics platform such that a small group of participants begin and end their training at the same time. Some 38 officials from Argentina, Bolivia, Brazil, Colombia, Chile, Ecuador, Paraguay, Peru, and Uruguay have completed the training program with high levels of commitment and excellent results.

Integration through Ports and Waterways The Workshop on South American Integration through Ports and Waterways, coordinated by Brazil, took place on October 14 and 15, 2015, in Brasilia, Brazil. At the meeting, emphasis was placed on the potential for considering waterways as part of a logistics system, in conjunction with other modes of transportation, and on the importance of working on various aspects in order to promote economic and social development.

As a result, those present agreed to work on waterway sector projects within the COSIPLAN Priority Project Agenda (API). (i) API 3: Northeastern Access to the Amazon River (Brazil, Colombia, Ecuador, and Peru); (ii) API 17: Improvement of Navigation Conditions on the Rivers of the Plata Basin (Argentina, Bolivia, Brazil, Paraguay, and Uruguay); and (iii) API 27: Multimodal Transportation in the Laguna Merín and Lagoa dos Patos System (Brazil and Uruguay).

Air Integration. In response to an initiative of Guyana’s, the IDB supported a study on air connectivity for the Guianese Shield Hub, which encompasses Brazil, Guyana, Suriname, and Venezuela. The project was coordinated by Brazil. The study looks into the main causes of the restrictions in air connectivity between the countries of the Guianese Shield Hub and other South American countries. According to the results of the study, Brazil and Venezuela have adequate air connectivity levels, which is not the case for Guyana and Suriname. As such, the study focuses on analyzing possible alternatives that would promote increased connections with these two countries.

Guidelines were developed for the creation of a work plan for planning cross-border territorial integration, coordinated by Argentina and Chile. The objective is to develop actions for 2016 onwards to be included in COSIPLAN’s Indicative Territorial Planning process by identifying and promoting plans, programs, and projects that contribute to the integration and sustainable development of common border areas and help facilitate the flows of goods and people between UNASUR countries.

Trade Integration through Postal Services. Various activities coordinated by Brazil and Peru took place with the aim of improving interinstitutional synergies at the national and regional levels, strengthening horizontal cooperation among the countries in the region, measuring the impact of the project more accurately, and focusing on creating solutions that meet the needs of the final beneficiaries.

The most noteworthy of these activities include: (i) the definition of a group of indicators to measure the impact of the project; (ii) the creation of the MIPYME Exporta Fácil (MySME Exports Easily) community within the IDB’s ConnectAmericas portal; (iii) the carrying out of a prediagnostic visit to Paraguay to analyze the conditions for developing a simplified imports and exports service using the local the postal operator’s logistics platform; (iv) the development of informational material on MIPYME Exporta Fácil at the regional level that will include a simulation tool and success stories from the region; (v) the development of a Connectivity Pilot Scheme between Brazil and Peru to ensure connections between the two countries’ import-export simplification systems for a group of MSMEs; and (vi) the Executive Technical Group (GTE) meeting which was held in Lima in September, where progress was reviewed and best practices were shared, and in which final beneficiaries of the MIPYME Exporta Fácil system also took part for the first time.

Rail Integration (in Spanish). The Working Group coordinated by Uruguay continued to work towards commissioning a study that will provide the necessary technical components for developing a strategy to facilitate rail integration in South America. The Paranaguá–Antofagasta Bioceanic Rail Corridor Subgroup and the Central Bioceanic Rail Corridor Subgroup also held meetings to exchange information on the work in progress and to plan the next phases.

Telecommunications (in Spanish). The Working Group coordinated by Paraguay continued to move towards commissioning a feasibility study for the construction of a South American Fiber Optic Ring. In August 2015, the feasibility study was put out to international tender. The tenders submitted were analyzed in November 2015, and it was expected that studies for the implementation of the network would begin in January 2016, with a deadline of 13 months.