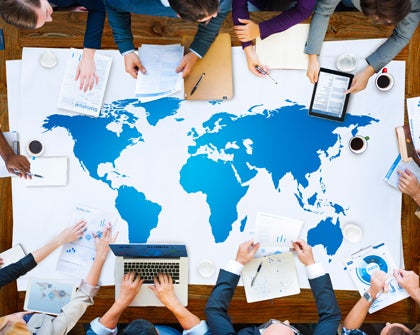 The presidents of Mexico and Argentina met at Davos and agreed to strengthen bilateral trade.

President Enrique Peña Nieto and his Argentinian counterpart Mauricio Macri agreed to relaunch the relationship between Mexico and Argentina, so as to build closer trade links.

At the World Economic Forum in Davos, the two heads of state also met with representatives from the private sector so as to attract investments in their respective countries.

President Peña Nieto stressed that the relationship between the two countries shows great potential for growth in trade flows.

The two presidents also agreed that the secretaries of trade of their respective countries would meet to strengthen trade relations and to work together on common policies to present to the G20.

During the forum, President Peña Nieto met with Johann Schneider Ammann, president of the Swiss Confederation, and took part in the plenary session entitled A New Agenda for Latin America.

President Macri met with the vice president of the United States, Joe Biden, who guaranteed that his country would support Argentina if it seeks credit at multilateral agencies.