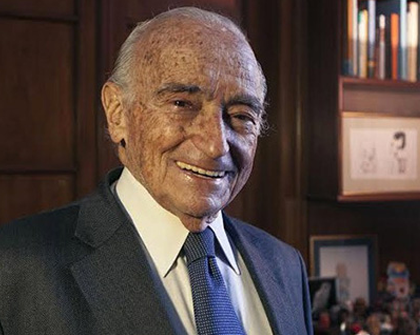 Argentine economist Aldo Ferrer, who promoted the advantages of regional integration in his vast body of work, passed away on March 8, 2016.

Regional integration was a cornerstone of Dr Ferrer’s academic and professional work. In his role as a university professor, he created and oversaw the Master’s Program in Regional Integration/MERCOSUR at the University of Buenos Aires, where he helped train several generations of experts in this field. In his speeches, he discussed national economic projects (link in Spanish) as pillars for strengthening regional integration. He always paid special attention to social dynamics in Latin America (link in Spanish) and proposed a range of alternatives for increasing social inclusion.

In recent articles, he championed increased integration between Brazil and Argentina, and considered the concept of integration in a broad sense that he argued should be deployed on three levels: domestic policies, the rules of play of integration, and the region’s profile towards the rest of the world.

As an enthusiastic supporter of Latin American integration, Dr Ferrer took part in a range of projects organized by the Institute for the Integration of Latin America and the Caribbean (INTAL). The most noteworthy of his publications with INTAL include: