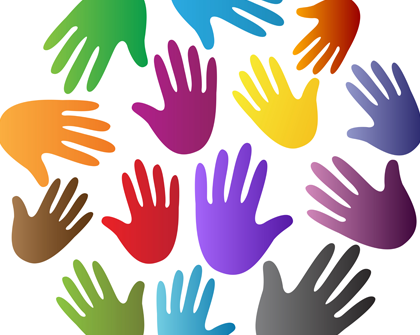 The Outlook on Regional Integration: Context and Opportunities

The Fall Colloquium held by the Institute for the Integration of Latin America and the Caribbean (INTAL) was preceded by an inspiring document that contemplates some of the questions that Latin America must face if it is to consolidate its integration. This article contains a summary of the main points.

Weakened demand from outside the region and the poor performance of commodity markets has put two major issues back on the Latin American agenda. First, the need to diversify exports has reemerged, both in terms of products and destination markets. The quality of countries’ integration into international markets is one of the main areas for improvement. A natural space for this would be a truly integrated regional market. It is well known that the contents of export baskets in such markets tend to be more diversified and include a higher share of goods with greater value added.[1] However, profound regulatory convergence would be required if the aim is to capture the regional market’s potential for feeding productively integrated value chains and attracting foreign direct investment. The regional market should also be a platform for the incubation of more diversified extra-regional exports with greater value added.

Second, there is the incentive to join forces to take part in the design of rules that will surely come to dominate trade and global investment flows. The MERCOSUR is in the midst of negotiations with the European Union,[2] the culmination of which may prove to be a strong driver for convergence with the efforts that the members of the Pacific Alliance have already made in this direction.[3] Furthermore, a rapprochement between the MERCOSUR and the Pacific Alliance could strengthen the region’s negotiating capacity vis-à-vis China, which has complex market access regulations for products that are sensitive for Latin American countries.

There have been some recent advances in this direction.[4] In the first half of 2015, the MERCOSUR presented the Pacific Alliance with an Action Plan for the convergence of integration efforts, which laid out a series of initiatives to deepen market access between the two blocs.[5] On the one hand, this plan is based on deepening the commitments to free trade laid out in the Economic Complementarity Agreements (ECAs)[6] that the MERCOSUR has signed with Chile, Peru, and Colombia.[7] On the other hand, it proposes the establishment of trade disciplines to facilitate intraregional trade. One pending issue is deepening the MERCOSUR countries’ relationship with Mexico, whose ECAs were negotiated bilaterally and contain low liberalization commitments, with the exception of the agreement with Uruguay.[8] Another process that is still at an early stage is the potential convergence between the MERCOSUR and the Central American and Caribbean integration schemes.

To complement the Action Plan, Brazil held bilateral meetings to deepen the commitments set out in the ECAs, although the scopes of these varied from one country to another. In its dealings with Colombia, Brazil proposed moving forward on matters of trade in goods; in those with Peru, it also presented an initiative for reaching a comprehensive agreement on matters relating to services, investment, and government procurement; and in its agreement with Mexico, it restated its will to begin negotiations on all these issues.[9]

The history of regional integration is rich in lessons. One of these seems to be the convenience of moving forward in incremental stages that nonetheless guarantee effective, sustainable processes and achievements which are reached as the result of meticulous technical negotiations and bring mutual benefits. This stands in contrast to a certain tendency towards establishing unattainable goals, often marked by rhetorical declarations that run the risk of creating an atmosphere of weariness and a sense of failure that have a detrimental effect on integration itself. In fact, the sustainability of regional agreements is noticeably dependent on finding stable equilibrium points between opposing forces. It is worth mentioning three of such points: the equilibrium between the costs and benefits that negotiations bring about in the short and long terms; the equilibrium between the demand for flexibility in an agreement and the predictability needed for investment decisions; and, finally, an appropriate equilibrium between each country’s offensive and defensive interests.[10] The aim is to work towards a new form of governance of the integration process, one whose guiding principle is the availability of suitable navigational instruments so as to strengthen the stability of these equilibrium points.

Given the current state of affairs in matters of regional integration, INTAL is inaugurating a new space, Inspiring Ideas for a New Form of Integration, the fundamental aim of which is to seek specific answers to concrete integration problems, with a particular emphasis on how to reach these solutions. The Fall Colloquium New Governance, New Convergences. The Outlook on Integration in Latin America was the first step towards this goal.

There are at least three areas in which there seem to be possibilities for convergence: market access within the region, the linkages between integration and productive development, and the prospects of creating shared international agendas.

In Latin America—and South America in particular—there are a range of preferential trade rules of differing depths, which have been built through integration processes with varying mechanisms and goals. The outcomes of this situation are mixed. Trade between the countries that make up the MERCOSUR and the Pacific Alliance has remained at limited levels (Figure 1) that could certainly be increased. Given what the situation was in Latin America a few decades ago, there is no doubt that the region has made progress towards a more integrated internal market. But this remains a work in progress, in that there are restrictions to access that impede it from reaping all the potential benefits of integration, and significant space for trade facilitation.

As a consequence, the current fabric of trade regulations and the way these are implemented could undoubtedly be improved. In addition to the well-known benefits of a larger market, the specific objective of this is to provide incentives to attract foreign direct investment, generate regional value chains, and create a platform for export diversification for goods with greater technological content so as to ease the difficulties that exports from the region are currently facing. A reduction in transaction costs through trade facilitation measures would reinforce these effects.

As a percentage of total exports

Productive development and competitive integration into the global economy are two factors that are inextricably linked. In the regional market, the contents of export baskets tend to be more diversified and include a higher share of goods with greater technological content and value added (Figure 2).[11] However, the use of the regional market as an export platform for competitive integration into the global market—with a more complex and diversified export profile—has been limited.

In percentages of total exports to the respective market

Notes: Technological content is defined according to Lall’s (2000) classification applied to 6-digit data from the Harmonized System; data for Venezuela corresponds to 2011–2013.
Source: INTrade/DataINTAL.

In recent years, the MERCOSUR has begun new productive integration projects in sectors that include petroleum and gas, aeronautical and naval construction; wind and solar energy; autoparts; and toys. For its part, the Pacific Alliance has made headway on the harmonization of rules of origin in order to boost productive chains among the economies that make it up. These initiatives could be extended and strengthened in the context of a larger regional space. It would make sense to think of them in terms of the formation of regional value chains. Spaces for regional cooperation in order to secure productive development policies in sectors such as agroindustry and the bioeconomy (in which countries in the region have competitive advantages and have already made progress in integration-related matters)[13], services with high value added, and some manufacturing segments could all bear fruit in terms of specialization and the more efficient use of limited resources.

The current state of affairs—characterized by limited progress on multilateral negotiations and a tendency to form regional mega-agreements in which few countries in the region are involved—puts several Latin American countries at a disadvantage and leaves them with few instruments for negotiation.

A process of convergence between the MERCOSUR and the Pacific Alliance (and eventually with the countries of Central America and the Caribbean, too) could provide opportunities to strengthen the region’s interests as a unit vis-à-vis key trade partners. China is a case in point. Over the last decade, China’s influence in Latin America has increased in pace with its contributions to the growth of several Latin American economies, in terms of both exports and investments. Despite this, China has a complex structure for protecting natural resource–based products which combines tariffs, complicated domestic regulations, and opaque non-tariff barriers.[14] This generates costs for exports from Latin America and limits the possibilities for diversifying these, even in sectors in which many countries in the region have potential advantages, such as agroindustrial goods. Furthermore, competitive intelligence and export promotion in a market like China’s are other requirements for access that imply high costs. In this context, convergence between Latin American countries would increase their negotiating potential and possibly reduce the different costs of accessing the Chinese market.

In another noteworthy case, after many years characterized by a lack of definition, the MERCOSUR is at an advanced stage of negotiations on a biregional agreement with the European Union.[15] If the negotiation process is successful, this could offer a way forward for regional convergence, in that the Pacific Alliance countries have already reached bilateral agreements with the EU.

Future studies will seek to analyze each of these issues in greater depth in the light of the region’s integration experiences so as to help clarify the priorities of the joint regional integration agenda.

Giordano, P. (Coord.) and Ramos, A. (Col.). 2015a. Trade and Integration Monitor 2015: Double-Dip: Latin America and the Caribbean Facing the Contraction of World Trade. Washington: IDB.

[5] The plan includes the deepening of the free trade commitments that have already been made through Economic Complementarity Agreements, trade disciplines—rules of origin, the Digital Certificate of Origin (COD), and the possibility of accumulation of origin in order to comply with the regulations in force in existing preferential agreements—and the dissemination of the Single Window for Foreign Trade (VUCE), Authorized Economic Operator, Customs Cooperation, and Productive Fairs, Markets, and Exhibitions schemes. (Mercosur Report 20, 2015). The document was preceded by rapprochements between the two blocs: Uruguay and Paraguay were introduced as observer members of the Pacific Alliance in 2012 and 2013, respectively; and an Informative Ministerial Meeting was held in Cartagena, Colombia, in November 2014, at which both parties recognized their mutual interest in beginning a new stage in biregional relations.

[6] Signed within the ALADI framework.

[8] ECAs no. 6, no. 53, no. 54, and no. 60. The agreement with Uruguay not only included preferential tariffs on almost the entire universe of goods, but also contained chapters on services, investments, and government procurement. In the case of Brazil, the agreement covers preferences for only 12% of bilateral trade; for Argentina it only includes tariff preferences on certain goods; while no agreement has yet been reached with Paraguay. Likewise, ECA no. 55 focuses specifically on trade in the automotive sector, and includes limited tariff-free quotas.

[9] Brazil signed a series of agreements with Mexico, one of the most significant of which was a Cooperation and Investment Facilitation Agreement.

[12] MERCOSUR Report no. 18, no. 19, and no. 20. The degrees of progress that have been made in each case vary. For example, the petroleum, gas, and autoparts sectors were chosen as pilot projects to be financed by FOCEM. With regard to the aeronautical, naval, and clean energy sectors, the relevant Technical Committees have made progress on a regional map identifying productive integration projects; in the toy sector, however, the program is still in its infancy.

[14] Mesquita Moreira and Soares (2016). The most noteworthy of these include VAT exceptions, subsidy programs, sanitary and phytosanitary norms that are stricter than international standards, and the oligopsony of state-owned companies that are authorized to trade.