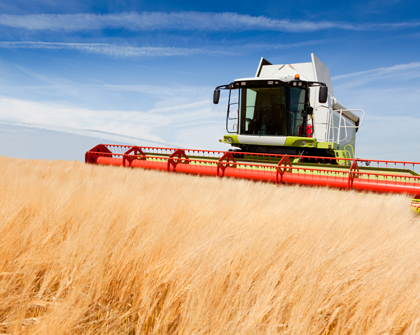 The WTO after Nairobi: The Future of Agricultural Negotiations

The decisions made at the 10th World Trade Organization Ministerial Conference, held in Kenya on December 13 and 16, 2016, imply, among other factors, the elimination of subsidies to agricultural exports, which has been one of the demands of Latin American and Caribbean countries since the start of the Uruguay Round in 1986. These decisions imply positive effects for the region, although these will not be seen in the short and medium term.

The elimination of agricultural subsidies is the most important achievement of the Doha Development Agenda, which was launched in 2001. However, export competition is only one part of a set of more ambitious agricultural negotiations which have long been postponed in the multilateral trade regime. These center on market access (tariff reductions and the elimination of tariff-rate quotas) and the scheme of global subsidies to the sector (known as “domestic support”). Of these three components, the negotiation at the most advanced stage was that relating to export subsidies. At the ministerial conference in Hong Kong in 2005, WTO members agreed on the total elimination of these by 2013, although when this deadline arrived, the WTO regretted not having been able to achieve the objective in a timely fashion.

The text of the Nairobi Ministerial Declaration states that developed countries should cease said subsidies as of January 1, 2016, while developing countries (with some exceptions covered by Article 9 of the Agreement on Agriculture, which are mainly related to the cost of internal transportation) must do so by the end of 2018. There are exceptions for the least developed countries (LDC) until 2030, as they are more vulnerable.

Although the Nairobi Package is an important step forward for the interests of a sizable group of countries in Latin America and the Caribbean, the actual effects of it will be less significant in the short term. This is fundamentally the case because the type of subsidies that were banned (direct budgetary outlays to producers on the condition that the product crosses the country’s borders) have already been reduced over the last 15 years, and had effectively become non-existent for the USA by 2002 and for the European Union by 2007 (Figure 1).

Figure 1. Evolution of Subsidies to Agricultural Exports Notified to the WTO by the Main Developed Countries

Source: IDB/INTAL based on WTO data

However, these reductions have not led, in practice, to a reduction in competition in the global market. This is because, first, some commonplace operations that function as export subsidies, such as credit guarantees (frequently used in the USA for maize farming), were not banned but only regulated regarding maximum repayment terms. Second, because in developed countries domestic support to the sector has grown or remained constant throughout the same period; with the exception of periods in which commodity prices increased across the board, these global subsidy policies were a major factor in keeping the international prices of agricultural products low.

Furthermore, the reduction in export subsidies over the last decade correlates to a certain degree with the general increase in commodity prices in the same period, which had reduced the need to protect certain activities (Figure 2).

Figure 2. The Evolution of Prices of the Main Agricultural Products that Receive Direct Export Subsidies in Developed Countries

In US$ per quarter

Source: IDB/INTAL based on World Bank and IMF data

Subsidies to agricultural exports from developed countries create competition for Latin American countries in three areas: First, in the development of a regional food market, where major producers like Brazil, Argentina, Mexico, and Chile must compete with subsidized products, above all from the USA and Canada. Second, in the remaining developing markets (wide swathes of Africa and Asia), and also in the developed world, where the fiercest competition is with exports from the European Union. Third, in each country’s domestic market, where the growth of local production is obstructed by subsidized exports from developed countries—especially if the manufacture of value-added products is taken into account. It goes without saying, with regard to this last point, that processed products, dairy products, and swine meat, which receive significant direct payments in Switzerland and Canada, were exempted from the decision until 2020. As can be seen in Figure 1, the reduction in subsidies in these countries is much smaller than in the USA and the European Union.

From a long-term perspective, the exclusion of agricultural products from multilateral regulations implied a significant trade distortion for Latin American countries which, between 1960 and 2001, saw their share in the global food trade seriously reduced, and only regained ground after the rise of China as their main importer. However, the most noteworthy shift has been within the markets of developed countries. Western Europe is a case in point: the region went from a deficit in trade in foodstuffs of around 3% of GDP to regional self-sufficiency in less than a generation. Even with China’s increased share, the main developed countries continue to account for 60% of the destination markets for agricultural exports from Latin America and the Caribbean. In this sense, the real opportunities for Latin America and the Caribbean to expand trade will come about when the pending issues of market access and domestic support are tackled at the WTO.

Cotton: A Mirror on the Future?

In addition to the elimination of agricultural export subsidies, five other decisions made up the Nairobi Package. Commitments that had been agreed upon two years previously in Bali were signed, which provide special and differential treatment to service providers from LDCs and preferential rules of origin for them within the framework of the generalized systems of preferences. With regard to agricultural issues, those at the meeting reconfirmed their will to continue negotiations over a regulatory framework for the establishment of public stockholdings for food security purposes, and a special safeguard mechanism for developing countries. Similarly, another historical agreement was reached regarding cotton.

As a result of the importance of cotton to the trade of LDCs and to the work undertaken by the “Cotton Four” (Benin, Burkina Faso, Chad, and Mali), the WTO members emphasized the need to fast track a specific agreement for this product. The commitment signed in Nairobi banned export subsidies for developed countries and, for developing countries, unlike in the Agreement on Agriculture, the deadline for implementation was brought forward to January 1, 2017. It was also agreed that developed countries would eliminate duties and tariff-rate quotas for LCDs and that developing countries would make their best effort to follow suit. However, there have been no advances in terms of limiting domestic support, another important aspect of trade distortion in the cotton market.

Although Latin America has major cotton producers such as Brazil, Argentina, and Mexico, the measure will not affect this part of the world given that most LDCs are in Africa and Asia. As a result, it is worth asking whether, in the future, agricultural negotiations will continue in this vein, that is to say, without achieving commitments regarding domestic support and discriminating between LDCs and developing countries with regard to market access. If this is the case, the positive effects of such agreements for Latin America and the Caribbean may take even longer to arrive.

The Future of the WTO

The Nairobi Package is the second agreement in the framework of the Doha Program, following that of the 9th WTO Ministerial Conference in Bali in 2013. It came about in the midst of a virtual paralysis of the WTO as a forum for trade negotiations. Since the launch of the Doha Round in 2001, over 200 bilateral or regional trade agreements (RTAs) have been signed, including the TPP mega-agreement, which was finalized in October 2015. The rapid conclusion of these preferential agreements is in contrast not only with the delays in multilateral negotiations, but also with the low intensity of the WTO packages and the limited impact that these are expected to have on trade flows.

In this context, and even though the WTO has reaffirmed its intention to continue being the main forum for establishing trade standards, the most noteworthy aspect of the Nairobi Declaration is that some members did not reassert the Doha mandate but instead demanded a new focus in order to move forward with current negotiations. The declaration itself reflects concern over the growth of RTAs, due the growing number of WTO-plus disciplines that are being applied without the most-favored nation clause.