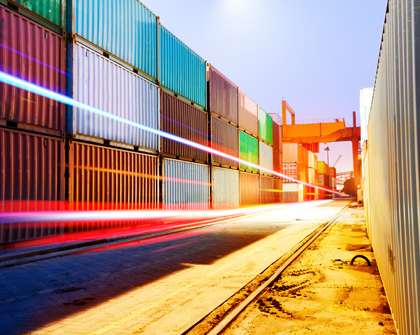 The COSIPLAN Project Portfolio currently includes 593 integration projects for an estimated investment of US$182.44 billion, distributed throughout South America. The portfolio is mostly made up of transportation projects, which account for 89% of the total. Almost a third of portfolio projects are currently at the execution stage, and more than 90% of these are transportation works.

The majority of the COSIPLAN Project Portfolio (link in Spanish)[1] is made up of transportation projects (89% of total projects). These works account for 71% of estimated investment, with energy projects absorbing the remaining 29%.

(IN NUMBERS OF PROJECTS AND MILLIONS OF US$)

The table below shows the distribution of projects by subsector, by far the most significant of which is the road subsector. Road works include paving and widening; rehabilitation and maintenance; and the construction of bridges and tunnels. This subsector includes almost half of all portfolio projects, representing approximately a third of estimated investment.

(IN NUMBERS OF PROJECTS AND MILLIONS OF US$)

Air subsector: more than half of the air projects belong to the MERCOSUR–Chile Hub and the Central Interoceanic Hub (32% and 24%, respectively), and in terms of estimated investment, the former accounts for 93% of the total amount for this subsector. Six works have been concluded, and another 11 are at an advanced stage of execution, which implies that almost 70% of projects in this subsector are evolving satisfactorily. The most noteworthy of these projects is the Enlargement of Campinas Airport, as this is the project with the sixth-highest amount invested in it out of the entire portfolio.

Road subsector: these projects are concentrated in the MERCOSUR–Chile Hub and the Capricorn Hub. Half of the works in question, and half of the sums invested in them, are for the rehabilitation, widening, or maintenance of existing roads; while 35% of the projects are new roads (accounting for 20% of total investment in the subsector). Some 28 bridges, 16 beltways, and 2 tunnels account for the remaining projects. Of these projects, 40% are at the execution stage and 20% have been concluded. Only 10% are at the profile stage, which implies that works in this subsector are at a satisfactory level of development.

Railway subsector: railway projects, unlike roads, are mostly in the early stages of development (39% at both the profile and preimplementation stages). The remaining projects are equally divided between the execution and concluded stages. Almost half the works are for the rehabilitation of existing railways, 43% are for new works, and the remaining 9% are for railway rings. However, due to the clear difference in the nature of the work in question, almost 70% of investments are in new railways. The greatest investment is in the Andean Hub (38%) although in terms of project numbers this only accounts for 3%. In this regard, the Capricorn Hub (27% of projects) and the Paraguay–Paraná Waterway Hub (21%) are much more significant.

River subsector: Due to the nature of the area in question, waterway works are concentrated in the Paraguay–Paraná Waterway Hub (56% of projects for 75% of investment) and the Amazon Hub (25% of projects for 13% of investment). Very few works have been concluded, and the majority are in the preimplementation stage (37%). Works in this subsector include the construction of 10 ports, the upgrading of 32 existing ports, and improvement to navigation conditions on 33 waterway sections.

Sea subsector: of the 38 ports included, only 7 are new works, while the remainder are expansions of existing land infrastructure. These projects are concentrated in the Amazon Hub and MERCOSUR–Chile Hub, with 9 works in each. Of these projects, 40% of the ports are at the execution stage and only 16% have been concluded.

Multimodal subsector: no multimodal projects have yet been concluded, and most are in the early phases of development (profile and preimplementation). Most multimodal centers are in the Amazon Hub. The estimated investment is concentrated around a few projects in the Paraguay–Paraná Waterway Hub and the Central Interoceanic Hub.

Border crossing subsector: there are 34 new border control centers and 13 projects expanding or upgrading existing facilities. Most of these works are in the Andean Hub due to the nature of the geographical territory. However, larger amounts are invested in projects in the MERCOSUR–Chile Hub. Some 34% of border crossing projects are at the preimplementation stage, while 24% have been concluded.

Energy generation subsector: of the 25 projects in this subsector, 21 are equally divided between the preimplementation, execution, and concluded stages. However, over half the estimated investment was concentrated in works at the execution stage (54%). Almost half the power stations are hydroelectric, which favors changes to the region’s energy matrix. Over half the works are in the MERCOSUR–Chile Hub, although more than half of investments are for the only three projects in the Peru–Brazil–Bolivia Hub.

Communications interconnection subsector: there are only nine projects in this group, six of which involve two or more countries. These works do not tend to involve large financial sums, but investment is concentrated in works that are at the execution stage, of which there are three. These projects are concentrated in the Paraguay–Paraná Waterway Hub (three).