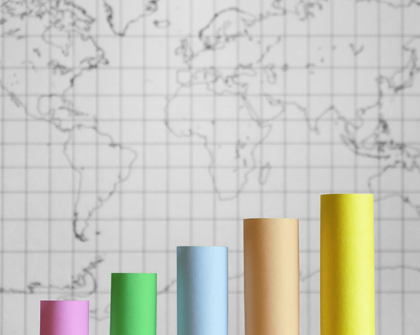 The Impact of Commodity Prices on the Economic Cycle

How volatility in commodity prices affects the economies of emerging countries.

In recent years, the global economy has witnessed large fluctuations in the prices of commodities that are traded on international markets. These changes have been seen in different types of commodity, from agricultural products to fuels and metals. What macroeconomic consequences have these variations had for the small emerging market economies (EMEs) that export such goods?

The study “Sharing a Ride on the Commodities Roller Coaster: Common Factors in Business Cycles of Emerging Economies (IMF),” by Andrés Fernández, Andrés González, and Diego Rodríguez, shows how fluctuations in commodity prices are a significant factor in economic cycles in small EMEs. The authors document the way that these fluctuations correlate strongly with the economic cycle in such countries, and how they follow a common dynamic factor structure and coexist with other driving forces in the economic cycle.

The estimated model assigns to commodity shocks 42% of the variance in income. Another amplification mechanism in the economic cycle is the spillover effect from commodity prices to countries’ risk premia.

The study considers the main ways in which fluctuations in the prices of these products affect the economic cycles of EMEs.

In their conclusions, the authors stress that although changes in relative prices have amplified the economic cycle of EMEs, there are cases in which these have cushioned the effects of other forces. This was the case in the aftermath of the global financial crisis when there was a rapid recovery in commodity prices, which helped counterbalance negative external and domestic shocks.

The authors also consider the optimal fiscal and monetary policies that should be implemented to counteract the effects of these cyclical phenomena.