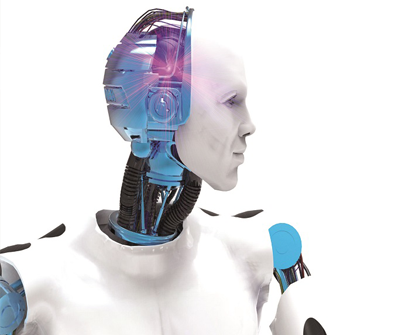 Invisible innovation as a driver for development

In an exclusive preview from the forthcoming Trade and Integration Journal No. 40, we are delighted to offer the full text of the article by Eric Warner of the RAND Corporation on innovation policy in China and its impact on Latin America and the Caribbean.

China’s capacity in the sphere of science and technology is growing rapidly but what is causing this growth? This article analyzes the drivers for China’s rapid growth in innovation inputs (such as R&D) and innovation outputs (such as patents and research). A review of the literature on the subject reveals that policies that incentivize innovation inputs and market forces are the key drivers for Chinese innovation. In contrast, those Chinese policies that seek to boost patent output are largely ineffective. However, the most innovative advances made cannot be measured in terms of numbers of patents or research papers. China has seen the rise of a form of innovation that is hard to measure, which includes incremental or modular innovations, or innovations which imply new process or product architecture (Ernst and Naughton, 2007; Breznitz and Murphree, 2011; Nahm and Steinfeld, 2014). By way of conclusion, the article suggests ways that other developing countries can foster these forms of innovation within their borders.

China’s technological transformation process has sped up considerably in the last decade. As part of the country’s national plan to become the world leader in science and technology, this transformation has prioritized a shift from government- to firm-led research and from adopting of foreign technology to an “indigenous innovation” model (Ministry of Science and Technology of the People’s Republic of China, 2006; McGregor, 2010). There are three main drivers for innovation in China: competition in the market, policies that foster the production of innovation inputs, and policies that incentivize innovation outputs (Warner, 2015).

China has moved from a centralized innovation system to a network of innovation policies that focus on stimulating research by private firms to improve trade in new technologies (Cao, Suttmeier, et al., 2006; Liu, Simon, et al., 2011). China historically depended on the use of foreign technology, but the country has acknowledged its own shortcomings when developing new business technologies and has drafted plans to compensate for these by promoting indigenous innovation (Cao, Suttmeier, et al., 2006). This political initiative fosters China’s development of new technologies and replaces previous policies that revolved around the use of foreign technology (Cao, Suttmeier, et al., 2006). The new innovation policies were designed to spur China on towards fulfilling its goal of becoming the world leader in technology in terms of patent and research paper output ((Ministry of Science and Technology of the People’s Republic of China, 2006).

This ambitious plan to develop the country’s science and technology capacity was preceded by forms of innovation that evolved organically. These forms of innovation, which are not easy to measure, focus on minor costs, speed to market, modular technology, or product architecture (Ernst and Naughton, 2007; Breznitz and Murphree, 2011; Nahm and Steinfeld, 2014). Chinese firms have achieved this by integrating segments from across the spectrum of research and development, manufacturing, and aspects of product design (Ernst and Naughton, 2007; Nahm and Steinfeld, 2014). Unlike disruptive innovation or radical product innovation (Christensen, 1997), these other forms of innovation are more within the reach of most countries and are based on the strength of each nation’s economic conditions and technical capacity levels.

The article is divided into three sections: indicators for Chinese innovation and international comparisons, the drivers for this innovation, and lessons for other countries.