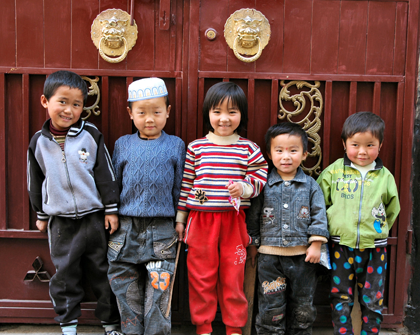 What We Think About China

The Institute for the Integration of Latin America and the Caribbean (INTAL) and Latinobarómetro monitor the opinions of Latin American citizens on key issues such as their expectations regarding the region’s relationship with China.

INTAL-Latinobarómetro has carried out over 20,000 surveys in 18 countries in the region and continuously monitors public opinion on the issues that are most sensitive in terms of public policy design: democracy, regional integration, living conditions, infrastructure, services, and much more so as to find out what Latin Americans and Caribbeans think. The results of the 2015 surveys are available in the technical paper entitled “Objective and Subjective Aspects of Regional and Global Integration in Latin America (link in Spanish).”

The poll includes an analysis of how Latin Americans perceive the major global economies. In recent years, as the connections between Latin America and the Caribbean and China have grown, citizens in the region have formed opinions on China and its potential to contribute to the development of local economies.

With regard to the relationship between China and Latin America and the Caribbean, the surveys show that 49% of the region’s population have a positive or very positive opinion of China. In contrast, 22% have a negative or very negative opinion on China, and 29% have yet to form one. The high numbers of people with little or no knowledge on the matter (almost a third of the population) reveal the need to make headway on strategies that will enable the bulk of the population to get to know the possible outcomes of trade with China.

Q: Is your opinion of China very positive, positive, negative, or very negative?

The countries which view China in the most positive light include Costa Rica, Venezuela, Guatemala, Peru, and Honduras, all of which had positive opinion ratings of over 55%. The countries with the most negative impressions of China are Panama, Ecuador, Colombia, and Venezuela, where negative or very negative opinions were at around 30%. In Venezuela, there is a polarization of opinions as the country ranks highest in terms of both positive and negative opinions. This is due to the fact that it is also the country where the lowest number of respondents said that they did not hold an opinion on the issue or preferred not to answer (only 11% of the total).

Q: Is your opinion of China very positive, positive, negative, or very negative?

There has been significant Chinese investment in several countries in the region, and the increase in trade with Asia has benefited production and employment in a range of sectors. Do we expect foreign powers to help us solve our problems? With regard to China, only 36% of citizens were confident that it would contribute significantly or to some degree to solving Latin American countries’ problems. In contrast, 45% of people answered that they had little or no confidence in this happening, and 19% said they did not know or preferred not to answer. Unlike the previous question, the negative opinions in this regard outnumbered the positive. In other words, despite an average positive opinion of China, the majority of Latin Americans do not believe that the region’s relationship with it will be a key factor in solving regional problems.

Q: In general, how confident are you in China’s capacity to solve Latin America’s problems?

The countries with the most confidence in China to solve their domestic problems are Venezuela, in first place, followed by Costa Rica, Chile, and Peru. In contrast, the least optimistic countries regarding China are Guatemala, Paraguay, and Colombia. It is worth noting that, in addition to Venezuela (which China has built close commercial ties with in recent years), the most optimistic countries were the three that have signed Free Trade Agreements (FTAs) with China: Peru, Costa Rica, and Chile. In these countries, positive opinions outnumbered the negative, which could reflect expectations regarding the agreements.

Q: In general, how confident are you in China’s capacity to solve Latin America’s problems?

These are just a few of the outcomes of this joint venture that INTAL and Latinobarómetro launched in 2015, with the direct involvement of regional governments, thus creating a regional public good and a series of documents (link in Spanish) that will also allow these opinion polls to be compared with objective indicators provided by the countries themselves and which are available at INTRADE, the most comprehensive database on integration and trade in Latin America and the Caribbean.