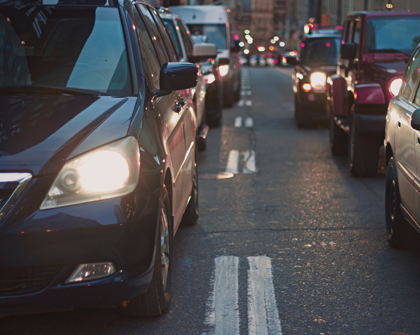 Synergies with Mexico: Beyond the Automotive Sector

Mexico and Argentina have begun a new stage in their relationship and are showing a willingness to expand trade. What is the starting point for this at the sectoral level in terms of both the bilateral relationship between the two countries and within the MERCOSUR?

With Mexican president Enrique Peña Nieto due to visit Argentina in July, the two countries’ intentions to build closer trade links are being consolidated, both at the bilateral level and in terms of Mexico’s relationship with the MERCOSUR.

Trade relations between MERCOSUR and Mexico fall within the Economic Complementarity Agreement (ECA 54) signed in 2002, which establishes the foundations for negotiations towards a free trade agreement between the two parties. ECA 54 also covers the Automotive Sector Agreement (ECA 55) and bilateral negotiations between the two countries. On the basis of this agreement, Mexico reached a free trade agreement with Uruguay, which has been in force since 2004, at which point the agreement which had governed trade relations up to that point, ECA 5, ceased to be effective. Mexico is also in the process of expanding the scope of ECA 6 with Argentina and ECA53 with Brazil.

In this regard, and in line with the statements made by the presidents of both countries at the World Economic Forum in Davos in February 2016, government authorities from Mexico and Argentina have recently announced that they are seeking to give fresh impetus to bilateral relations by starting conversations to expand ECA 6. Likewise, they are hoping to move forward with the possibility of working on an automotive sector agreement with broader scope that will allow the two countries to boost trade in an industry that is key for both parties.

ECA 55 between the MERCOSUR and Mexico governs bilateral trade in the automotive sector, and like ECA 54 with relation to all trade between the two parties, its goal is to lay the foundations for free trade in this sector. However, through an Additional Protocol—which was renewed in March 2015—the two countries bilaterally negotiated annual import quotas for the duty-free entry of automotive and auto parts, provided that they comply with certain levels of regional content (35% until 2019, after which it will increase to 40%), with the commitment to begin free trade in the automotive sector when the protocol expires in March 2019. For example, in the case of trade between Argentina and Mexico, the agreement establishes a rising quota that started at US$575 million for the first year (from March 2015) and will reach US$640 million during the fourth year (up to March 2019).

Total Trade between the MERCOSUR and Mexico

Furthermore, the MERCOSUR has mostly maintained a surplus balance with Mexico (Figure 1). In 2015, the surplus totaled US$569 million, the result of exports worth US$6.18 billion (up 2% from 2014) and imports worth US$5.61 billion (down 14%). However, it is worth highlighting that between 2010 and 2014, there was a trade deficit for the MERCOSUR, a consequence of the growth in imports from the Mexican market between 2007 and 2013 (an average 24% increase), while exports dropped by 1%.

Figure 1. Evolution of Trade between the MERCOSUR and Mexico

What this behavior mainly reflects is Mexico’s trade with the largest MERCOSUR member, Brazil. Indeed, the return to a bilateral trade surplus in favor of the MERCOSUR in 2015 coincided with a positive balance for Brazil for the first time in four years, and bilateral surpluses for Uruguay and Paraguay, while Argentina accumulated six consecutive years of deficit with Mexico.

Although most of Mexico’s trade is with the US (81% of its exports and 47% of its imports, according to data from 2015), the MERCOSUR still occupies a prominent position: Brazil is Mexico’s seventh-most-important trade partner (it ranks tenth as a supplier and fourth as a buyer), while Argentina is twenty-first on the list (ranking 28th as a supplier and 20th as a buyer).

As can be seen in Figure 2, Brazil plays a leading role in Mexico’s relationship with the MERCOSUR. In 2015, Brazil was the destination market for two-third of Mexico’s exports to the MERCOSUR and the origin of three-quarters of its imports from there, while Argentina accounted for 26.7% of exports and 17.1% of imports. With regard to Mexico’s trade with Uruguay and Paraguay, the two countries’ combined share falls short of 10% in terms of both imports and exports.

Figure 2. Trade between Mexico and the MERCOSUR by country 2015

Over the last decade, there has been a gradual but marked decrease in Argentina’s portion of MERCOSUR trade with Mexico. In contrast to Argentina’s shrinking share—in 2005 it was the destination market for 41% of Mexican exports to the MERCOSUR—Brazil’s share has increased by over 13 percentage points—ten years ago it accounted for 54.2% of Mexico’s external sales to the MERCOSUR. In contrast, the distribution of Mexican imports to the MERCOSUR among the four member countries has remained practically unchanged in the same period.

Sectoral Trade between the MERCOSUR and Mexico

As is demonstrated by the bilateral agreements the two parties have signed to regulate trade between them, the greatest trade flows lie in the automotive sector. In 2015, motor vehicles and auto parts accounted for 18.7% of MERCOSUR exports to Mexico and 35.4% of imports. Other key sectors are machinery and mechanical appliances (15.7%) and hides and skins (8.4%) in terms of external sales, and electrical machinery and equipment (10.8%) and machinery and mechanical appliances (9.7%) in terms of foreign purchases.

Figure 3. Sectoral Composition of Trade between the MERCOSUR and Mexico 2015

Over the last ten years, the behavior of bilateral trade flows in the automotive sector has gone in the opposite direction. Although MERCOSUR exports of motor vehicles and auto parts to Mexico have dropped significantly (55%), from US$2.57 billion in 2005 to US$1.16 in 2015, imports have grown considerably, going from US$169 million to US$1.99 billion in the same period. In 2005, motor vehicles and auto parts accounted for 40% of MERCOSUR exports to Mexico and just 10% of imports.

Argentina, Brazil, and Mexico are home to most of the Latin American automotive industry, and there is strong productive complementarity and regional integration between them that benefits from the existing Economic Complementarity Agreements. In addition to this intra-zone connection, there is a major extra-zone connection between Mexico and the US.

Despite being the second-most-important sector, the share of electrical machinery and appliances in MERCOSUR imports from Mexico fell by over 20 percentage points in the last decade—in 2005, 32.2% of the MERCOSUR’s foreign purchases from Mexico were from this sector.

As can be observed at the sectoral level, a breakdown by product reveals greater concentration in MERCOSUR imports from Mexico than in its exports there. A single product—passenger cars—accounted for over 25% of foreign purchases in 2015.

The main products that make up trade in the automotive sector are, in terms of MERCOSUR exports to Mexico, motor vehicles for the transportation of goods (US$530 million in 2015, of which export values distributed almost equally between Argentina and Brazil) and, to a lesser extent, passenger vehicles (US$ 320 million, exclusively Brazilian exports). With regard to imports, the key products are passenger vehicles (which totaled US$1.4 billion, 63% of which were to Brazil, 33% to Argentina, and 4% to Uruguay), and auto parts and accessories (US$460 million, 87% to Brazil and 13% to Argentina).

Trade relations between the MERCOSUR and Mexico have been characterized by their low levels and the diversity in bilateral relations. Some of the factors that have complicated this relationship include differences that arose within the framework of the Montevideo Treaty due to Mexico’s membership of the North American Free Trade Agreement (NAFTA), decisions within the MERCOSUR that have prevented member states from negotiating with Mexico as a bloc, and conflicting interests around market access, particularly between Brazil and Mexico (Juárez, 2014). These have limited bilateral trade relations mainly to bilateral agreements that imply extensions to agreements made within the ALADI framework.

The new momentum needed by relations between the MERCOSUR and Mexico would require that treaties currently in force be reviewed, the Economic Complementarity Agreements be extended by incorporating new products, and that new investment proposals be analyzed. Renegotiating tariff preference agreements would allow the two partners to stimulate bilateral trade, which shows great potential for growth despite its current low levels. Homogenizing existing relations would be fundamental for a successful transition from the Economic Complementarity Agreements that are currently in force to a Free Trade Agreement.

In short, the main challenge ahead is establishing mechanisms that can adapt to the specific situations in each country while also deepening regional integration by boosting existing complementarity.

[1] Argentina, Brazil, Paraguay, and Uruguay. Trade flows between Mexico and Venezuela and Bolivia were not included in the data analyzed in this article.